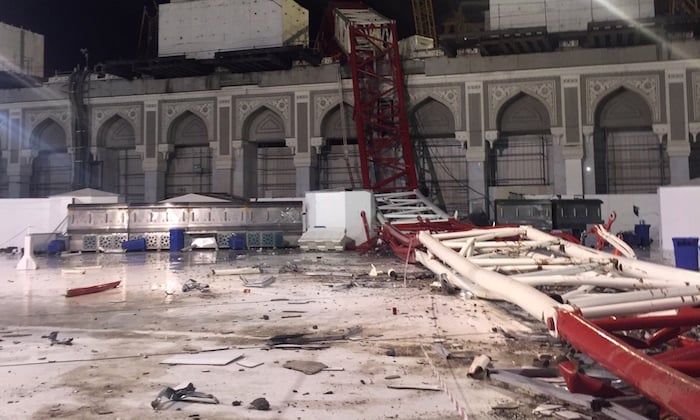 A Saudi court has reportedly acquitted Saudi Binladin Group staff charged with negligence following the collapse of a crane conducting expansion work in Makkah in September 2015.

Saudi Gazette reports that the Penal Court came to the decision that the individuals were not responsible for the collapse, which resulted in the deaths of more than 100 people and injuries to nearly 240 others.

The attorney general appealed against the verdict and had his request approved, according to the publication.

The country’s Appeals Court previously revoked an earlier verdict to overlook the case as it did not come under the court’s jurisdiction.

The Penal Court was then asked to look into it.

Last year, local media said an engineering consultancy firm warned of the risks associated with having numerous cranes around Makkah’s Grand Mosque in a technical report submitted to the Bureau of Investigation and Public Prosecution.

The 14 staff originally reported to be on trial were said to comprise six Saudis, including one billionaire, two Pakistanis, a Canadian, a Jordanian, a Palestinian, an Egyptian an Emirati and a Filipino.

Prior to Sunday’s decision, Binladin Group’s defence team claimed the company could not have predicted the severe thunderstorm and violent winds that caused the crane to fall, according to Arabic newspaper Asharq Al Awsat.

Expansion work at Islam’s holiest site has since continued.