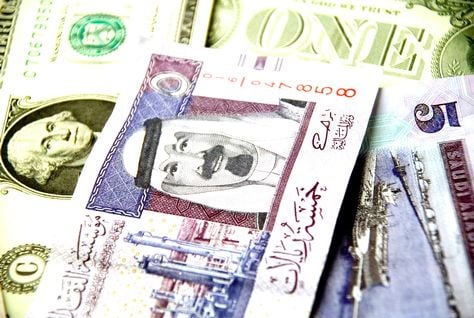 Preliminary estimates put the 2012 budget surplus at SAR 386bn or 14.2 per cent of GDP, slightly better than our SAR 367bn (13.5 per cent of GDP) forecast.  Revenues were higher than we had projected at SAR 1239bn on the back of higher oil production. Bloomberg estimates suggest average oil production of around 9.8mn barrels per day in 2012, 6 per cent higher than 2011. Expenditure was slightly lower than we had forecast at SAR 853bn, but almost 24 per cent higher than the 2012 budget.

2013 budget is conservative in our view.

As always, the authorities have been conservative in formulating next year’s budget.  Revenue in 2013 is projected at SAR 829bn, substantially lower than the actual revenue achieved in 2012.  Our revenue projection of SAR 1162bn assumes that oil production remains unchanged in 2013 at 9.8mn bpd, and an average oil price of USD 103.5 per barrel (average of Bloomberg consensus forecasts for WTI and Brent).

Over the last decade, actual expenditure has exceeded the budget by more than 20 per cent on average, even if we exclude 2011 (which saw a substantial increase in the budget during the Arab Spring). Our expenditure forecast for 2013 consequently assumes a 20 per cent overspend.  Nevertheless, we still expect the budget to post a healthy surplus of 7.2 per cent of GDP in 2013.

Infrastructure spending remains a key focus of the budget

In terms of spending priorities, the authorities continue to focus on improving access to social services such as education and healthcare, as well as providing additional funds for investment in transport and utilities infrastructure.

Education accounts for 25 per cent of the total budget in 2013, and spending will rise by 21 per cent y/y.  More than 750 schools were completed in FY2012, 1900 are currently under construction and next year’s budget provides for another 539 new schools in addition to upgrading and refurbishing 2000 existing school buildings. Funds have also been allocated to e-universities, new colleges, and for overseas scholarships.

Health and social affairs spending will rise by 16 per cent y/y and will include new primary care centres and 19 new hospitals, in addition to the 102 hospitals and 5 ‘medical cities’ currently under construction.  29 new hospitals were completed in FY2012.  Funds have also been allocated to improve sport facilities, social centres and provide additional support for special needs, poverty reduction programs and other social welfare benefits.

Municipality services, which include provision of roads, bridges, drainage systems, will see a 23 per cent increase in funds allocated in 2013.  Funds for investment in water, agriculture and other resources will also rise by 11 per cent y/y.

Infrastructure and transportation spending will rise by 16 per cent y/y with projects including 3700km of new roads, upgrading existing ports and building extra berths, expanding and upgrading regional and international airports and railroads. The industrial cities of Jubail, Yanbu and Ras Al Khair will also continue to benefit from infrastructure spending.

Funds have also been allocated to the specialised credit and government financing programs (including the Real Estate Development Fund) to support job creation and housing provision.

2011 real GDP growth was revised up to 8.5 per cent from 7.0 per cent previously.  Although the new breakdown of 2011 GDP is not yet available, we believe the revision was almost entirely in the oil sector.  Previously, statistics had indicated oil sector growth of just 4.5 per cent in 2011, but Bloomberg estimates suggest that oil production rose by more than 11 per cent in 2011.

For 2012, real GDP growth is estimated at 6.8 per cent, a full percentage point higher than our 5.8 per cent forecast. Again, the oil sector contributed significantly to growth, expanding 5.5 per cent.  Construction grew an estimated 10.3 per cent y/y; utilities 7.3 per cent y/y; transport, storage & communication 10.7 per cent; wholesale, retail trade, restaurants & hotels 8.3 per cent; all much higher than we had expected.

Looking ahead, we expect real GDP growth to slow in 2013 as we do not expect a further increase in oil production next year. Growth will likely be driven by continued strong government spending, as well as private consumption and investment. The 2013 budget supports our view, and shows a continued commitment to public sector infrastructure investment and efforts to reduce unemployment and improve living standards in the Kingdom.