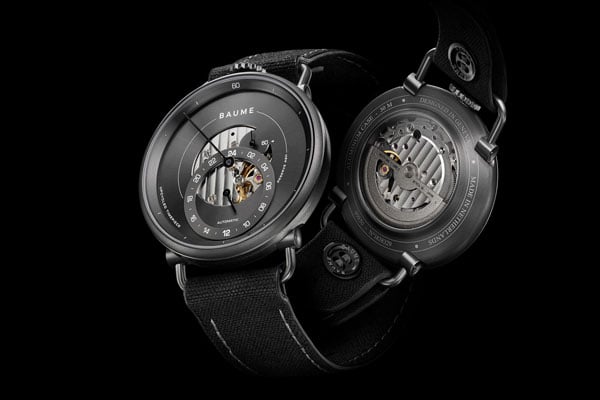 One of the watch brands within its portfolio is the 188-year-old Baume & Mercier, a Swiss watchmaker that creates accessible luxury timepieces and serves as a gateway for those looking for an affordable way into serious watchmaking.

Richemont has now launched an offshoot of that brand and is calling it Baume with the most expensive watch within that collection priced at just over $1,000. It’s a ground-up in-house designed brand from the group. 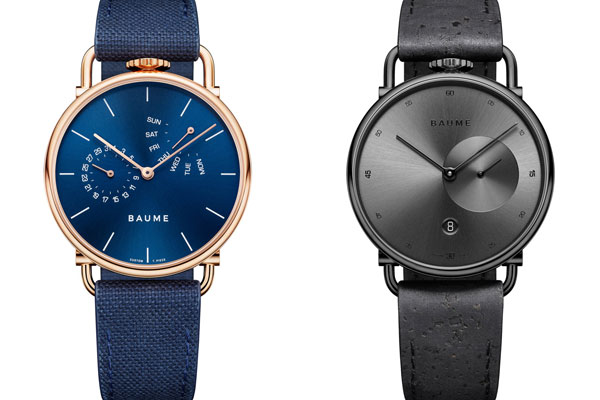 The watches which are all characterized by the crown at 12 o’clock are built around the core premise of sustainability and customization. There are two collections as of now called the Iconic Series and Custom Series.

The idea of sustainability is reinforced by Baume’s commitment not to use any animal-based material or even precious materials and gems mined from the earth in the construction of these watches.

Baume has also partnered with Waste Free Oceans whose volunteers collect plastic from rivers, oceans and beaches across the world. The organization will supply some of that plastic to Baume who will in turn recycle and use it to make straps for its watches. The Iconic watch has a strap that’s made 100 per cent from recycled plastic. Baume will also donate a percentage of the sale of every watch to Waste Free Oceans.

All the pieces are designed in Geneva, Switzerland, and then assembled in the Netherlands. Gradually it plans to have assembly units spread across the world so that carbon footprint incurred while transporting these watches halfway across the world is reduced as well.

The minimalist Iconic Series will pack a Citizen-owned Miyota automatic movement while the Custom Series features a quartz movement sourced from Miyota or Ronda. 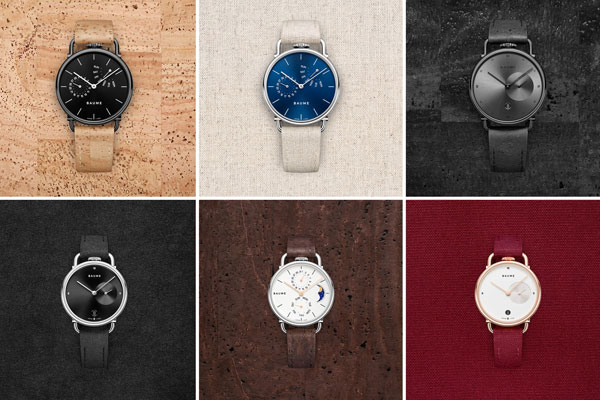 The Custom Series uses an online configurator which allows customers to choose, for example, between a 35mm or 41mm case; a case material of either aluminum, stainless steel or stainless steel PVD; a time-and-date, day-date, and day-date with moonphase movements and a whole bunch of other configurations including the colour of the dial, hands and straps. Those straps come in interesting varieties of cork, cotton, linen or Alcantara – again, it’s all about sustainability.

All the watches are priced at between $560 to $1,100. The industry has long been plagued with a glut of excess that leads to overstocking and eventually wastage. Baume aims to tackle that problem by ensuring that it doesn’t stock up on unnecessary inventory. The Custom timepiece as well as the Iconic one are all made-on-order and then shipped for free worldwide. It takes around 48 hours for the Iconic Series to be shipped and about 15 days for the customized watches to be readied for shipment.

The e-commerce online-first model is the brainchild of Alain Zimmermann, the former CEO of Baume & Mercier who is now heading up the e-commerce division for Richemont. On the subject of e-commerce, it’s worth noting that days ago, Richemont announced that it had snapped up all the remaining ordinary shares at Yoox Net-a-Porter giving it full control over the Milan-headquartered online retailer.