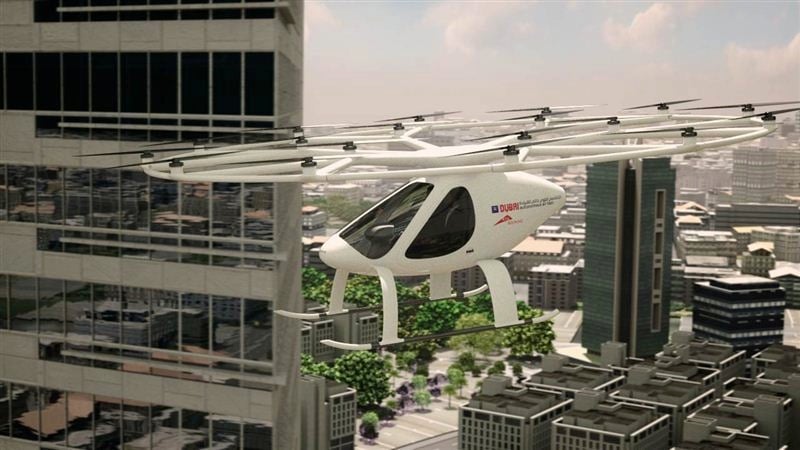 Dubai’s Roads and Transport Authority (RTA) will begin trials of autonomous air taxis ‘gradually’ in the fourth quarter of 2017, it announced on Monday.

The announcement comes after the RTA signed an agreement with German firm Volocopter – which specialises in the manufacturing of autonomous air vehicles. 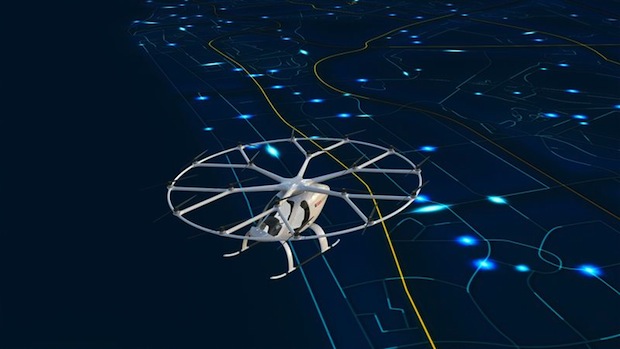 The new autonomous air taxi, which will feature ‘luxurious interiors’ and leather seating for two persons, will be powered by clean electricity and emit ‘low noise’. 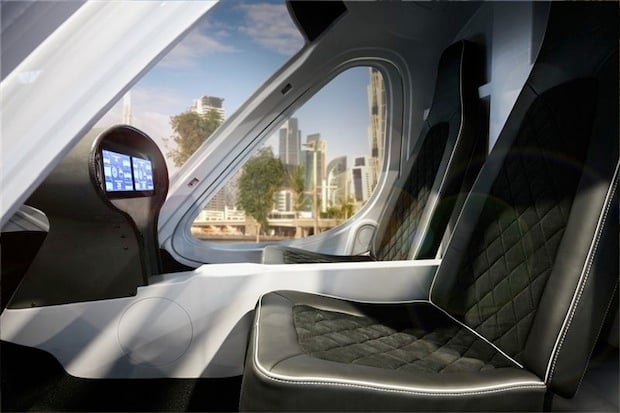 Measuring about two metres in height, the diameter of the vehicle’s rotor rim including propellers is about seven metres. 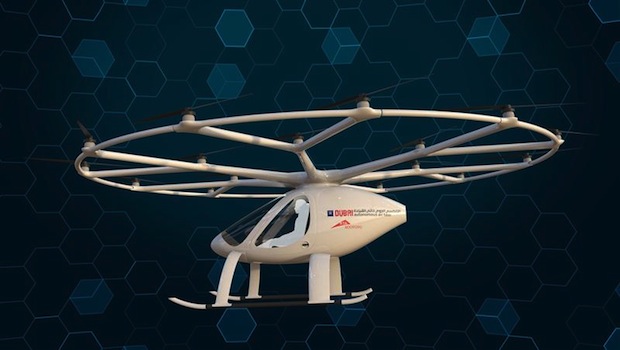 It has a maximum flight time of approximately 30 minutes at a cruise speed of 50 km/h, and a maximum airspeed of 100 km/h. 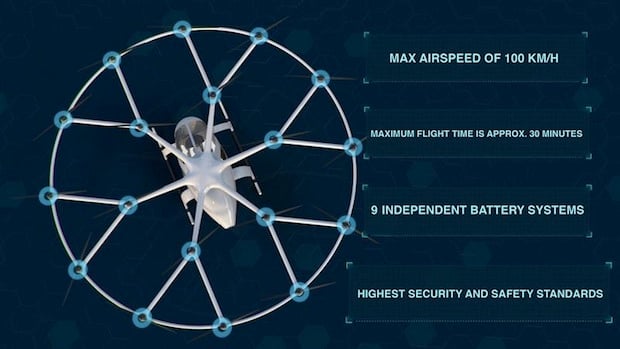 “The autonomous air taxi is powered by electricity and has high safety features, thanks to its design comprising 18 rotors to ensure safe cruising and landing of the taxi in case of any rotor failure,” said Mattar Al Tayer, director-general and chairman of RTA.

“The air taxi is characterised by its autopilot or autonomous flying, thus enabling the movement of people from place to another without human intervention or a need for flight licence holder.”

Al Tayer confirmed that testing is likely to continue after this year, which will be followed by the issuance of legislations required to operate the vehicles for about five years.

“The RTA is working with the Dubai Civil Aviation Authority to develop the legislative and operational guidelines, define specifications and standards applicable to operators in the emirate such that these legislations will be ready before the date set for the commercial and official operation of the autonomous air vehicles,” he said.

“The operational and legislative structures will be the first of their kind worldwide. In coordination with its strategic partners in the emirate, RTA will specify the air routes of journeys, take-off and landing points of these taxis as well as the logistics needed to ensure safe and smooth mobility of passengers.”

Al Tayer added: “During the trial period, all aspects relating to the operation as well as security and safety of the autonomous aerial taxi will be verified and checked. The official operation hinges on the readiness of companies and the availability of legislations necessary for operating autonomous aerial vehicles.”

The RTA said it will also sign additional partnerships with other manufacturers of autonomous air vehicles after ‘ensuring their fulfilment of the specifications and standards of air safety approved in Dubai’.

The introduction of the air taxis is part of Dubai’s smart autonomous mobility strategy, which aims to transform a quarter of the total mobility journeys in the emirate into autonomous transport by 2030.