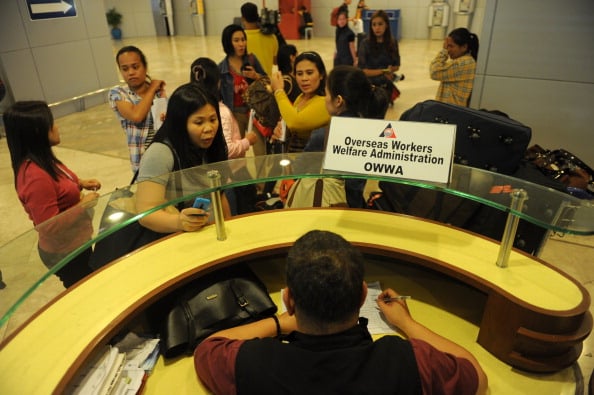 A delegation from the Philippines is due to visit Kuwait, Saudi Arabia and Qatar to urge the three countries to adopt labour reforms, according to reports.

The visit comes following the Philippines’ decision to reinforce a ban on its workers from being deployed to Kuwait last week following several high profile abuse cases.

President Rodrigo Duterte held up pictures showing the battered body of a Filipino maid found in a Kuwait apartment freezer on February 9 and promised free flights home for abused workers in the country.

The previous month he had threatened to ban his countrymen and women from working in the Middle East, where more than two million are currently employed.

Kuwait Times cited delegation head and labour undersecretary Ciriaco Lagunzad as confirming the visits to the Gulf countries over the coming days to ensure worker rights are upheld.

“We are to Kuwait tomorrow, Saudi Arabia and then on to Qatar to ensure that our overseas Filipino workers have sufficient protection,” he told the publication on Wednesday.

Among the key demands of the delegation will be that workers are allowed to hold onto passports and mobile phones.

Instances of employers holding onto travel documents are common in the six-state Gulf Cooperation Council despite the practice being illegal in most countries.

Read: Saudi employers face $530 fine for holding on to passports

Lagunzad said Duterte had ordered the team to ensure passports are deposited with the Philippine Embassy in each country.

The Philippine premier also insisted workers are able to keep mobile phones so they can call for help in case of abuse, according to the official.

Labour officials are due to conduct negotiations with Kuwait next week with the intention of finalising an agreement to protect the rights of Filipino workers in the country.

“We are on the way to calm if we have not already reached it,” he said.

More than 250,000 Filipinos work in Kuwait, with many taking roles as maids or domestic helpers.

Overseas Filipino workers are a vital part of the Phillippines national economy and send home billions of dollar a year in remittances.