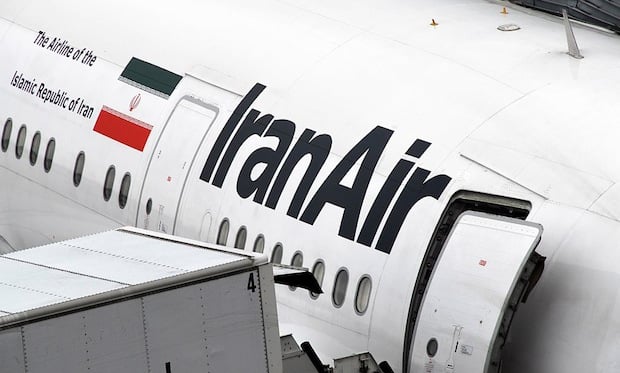 Airbus said on Sunday Iran’s state airline IranAir had accepted its first new jet, marking a key step in opening up trade under a nuclear sanctions deal between Iran and major powers.

The Airbus A321 jetliner has been painted in IranAir livery and is expected to be delivered later this week.

“The technical acceptance has been done with formal delivery still to be done,” a spokesman for the European planemaker said.

Iranian regulators said the aircraft had been placed on the country’s aircraft register, indicating IranAir had taken ownership of the aircraft: the first of around 200 Western aircraft ordered since sanctions were lifted.

“The registration has been done, and the delivery should be by the end of the week,” Reza Jafarzadeh, a spokesman for Iran’s Civil Aviation Organization, told Reuters by telephone.

The 189-seat jet was assembled in Hamburg, Germany. From there, it is expected to be transferred to Airbus headquarters in Toulouse, France, for a formal handover on Wednesday.

IranAir Chairman Farhad Parvaresh told state news agency IRNA there would be an official ceremony to mark the arrival of the Airbus jetliner in Tehran later this week.

IranAir has ordered 100 passenger jets from Airbus and 80 from its U.S. rival Boeing under the nuclear deal, which called for the lifting of most international sanctions in exchange for curbs on Iran’s nuclear activities.

Boeing also agreed last year to arrange the leasing of a further 29 aircraft.

IranAir is also negotiating a final agreement with European turbo-prop maker ATR. The company, joint-owned by Airbus and Italy’s Leonardo, has provisionally agreed to supply 20 of its 70-seat regional planes with options for a further 20.