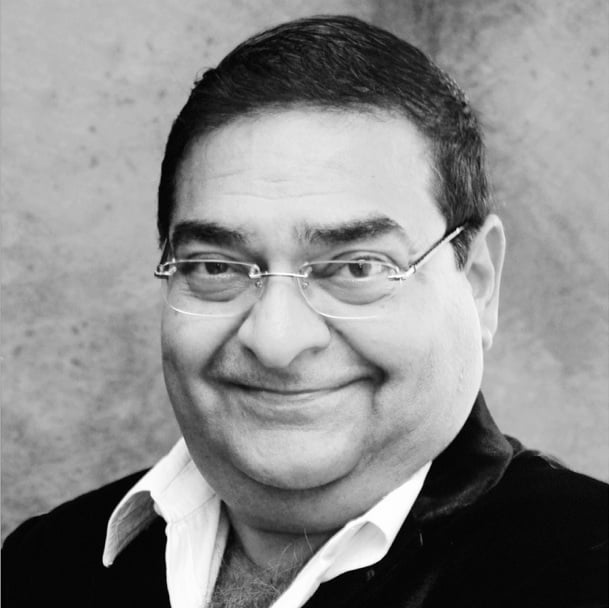 I graduated and started practicing homeopathic medicine in the mid-1970s. Back then, homeopathy was not a well accepted profession. There were a large number of amateurs practicing the system and several free clinics dispensing homeopathic medicines. Homeopathy wasn’t considered a serious career opportunity and I struggled hard to make homeopathy acceptable to the masses and classes. I wrote hundreds of articles and columns in leading newspapers and conducted shows on TV to popularise homeopathy.

I developed a large practice in Mumbai, treating 300 patients a day and built the brand through ambassadors for homeopathy — from the common man to heads of states, film stars, politicians and industrialists. Then, in the mid-1990s, I got an opportunity to open a clinic in Mauritius, where homeopathy wasn’t recognised. For six months I travelled in the country and convinced the government to enact legislation in favour of homeopathy. In October 1996, we set up our first international clinic. Around the same time I set up a clinic in Bangalore, which did really well. We now have more than 200 clinics in 110 cities, including London, Dubai and Dhaka and have treated more than 1.3 million patients to date.

I needed to break the stereotype of homeopathy as a fusty, traditional system based on plant and animal extracts. People needed to appreciate the modernity and logic of homeopathy. An image makeover was needed because most people perceived homeopaths as kindly fuddy-duddies dispensing sweet little sugar pills. I set out to cultivate a deliberately upmarket identity for homeopathy — a plan that was going to need considerable investment.

At the same time, my private medical practice had begun to flourish and I was treating around 300 patients a day. But unless I bumped into them later on, I would not know that their health concern was gone. It was redeeming to hear such testimonies, but there was no job satisfaction. This ignited the first spark for my ‘big idea’ — a paradigm shift from mass general practice at a single location to specialised practice at multiple locations. I founded Dr Batra’s Healthcare — the first-ever homeopathic healthcare corporation in the world. Our patient base is now several hundred times larger and we have expanded into modern cosmetology, hair transplants, pet care hospitals, media and an academy offering post-graduate fellowship programmes in dermatology and other specialities.

My highs were the joy of creating something new and establishing a brand that was trusted and respected within a short period of time in every new city or country that we entered. It was also building a strong organisational team of professional managers and doctors to successfully deal with growth. The lows were financing at a high rate of interest in the beginning and losing the prime years of my life in repaying loans.

Yet, in the midst of the rush and paucity of time, I have been able to derive pleasure and also fulfilment from my personal pursuits and hobbies, such as photography and music.

Believe in yourself and work hard. Most importantly, enterprise. Do it your way — not hearsay. Test your limits — grasp and augment your first mover advantage. Never get complacent. Never be in a hurry. In healthcare, trust is the fundamental thing, so be empathetic. Anything that is instantaneously successful is a myth. Sustained success is possible only through strong fundamentals. Ensure you have strong value systems, avoid short cuts and never worry about failure. Failure is the condiment that gives success its delectable flavour.