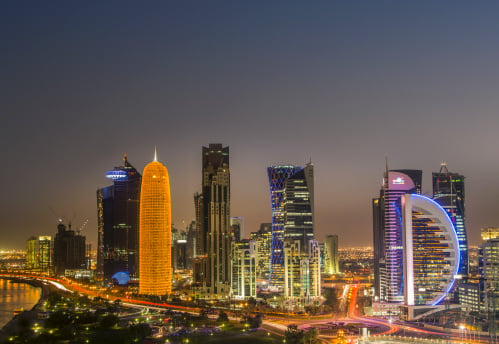 Most major hotel markets in the Gulf Cooperation Council reported worse performance during this year’s Ramadan than 2016 as growing hotel supply and geopolitical issues impacted demand, according to a new study.

Market research firm STR said a comparison of hotel dates between May 26 and June 25 this year and June 6 to July 6 last year indicated declines across all markets with the exception of Muscat.

The Omani capital saw revenue per available room (RevPAR) increase 8.7 per cent and occupancy increase 19.4 per cent despite a 9 per cent drop in average daily rate (ADR).

In comparison, Dubai was the only market that did not report a “significant” RevPAR decline, according to the firm, with performance nearly flat due to a 1.5 per cent decline in ADR but 1.2 per cent increase in occupancy.

Surprisingly the holy city of Makkah reported among the most substantial RevPAR declines year-on-year of 8.8 per cent, linked to a 7.9 per cent drop in occupancy to 74.3 per cent.

STR said this was likely linked to currency devaluations in key source markets including Egypt and Indonesia making the trip less affordable for pilgrims.

Qatar, which was hit by travel restrictions as a result of a diplomatic rift with Saudi Arabia, the UAE, Bahrain and Egypt, reported the worst performance in the region with 7.2 per cent drop in occupancy, 8.3 per cent dip in ADR and 15 per cent decline in RevPAR.

Elsewhere in the region, Kuwait City saw a 9 per cent dip in RevPAR despite a slight increase in occupancy, with a similar trend in Abu Dhabi where RevPAR dipped 7 per cent.

RevPAR was also down 7 per cent in Manama with occupancy and ADR decreasing at lower rates.