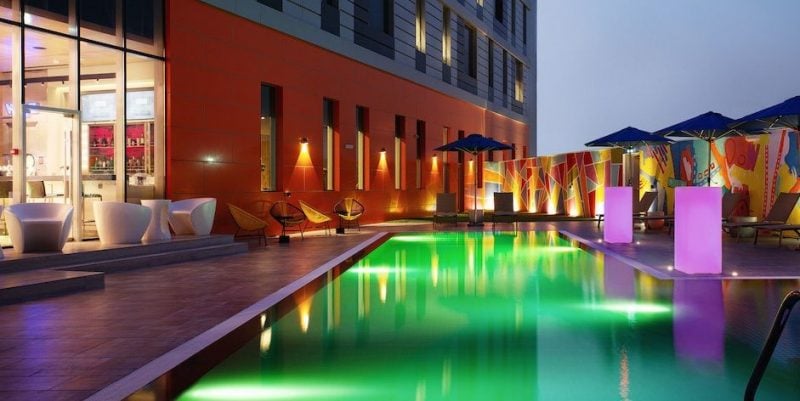 The upcoming airport city of Dubai South has welcomed its first hotel with the opening of an Aloft hotel.

Aloft Dubai South has 145 loft-inspired rooms featuring a bed, a walk in shower, a 49-inch TV and wifi connectivity.

The hotel also offers a 24/7 grab and go food outlet.

Other facilities at Aloft Dubai South include a 24-hour fitness centre, an outdoor pool and four fully equipped meeting rooms.

Rates begin at Dhs495 (excluding charges and taxes) for a room next month, according to the hotel’s website.

Dubai South – the rebranded Dubai World Central – is a 145 sq km city that includes the World Expo 2020 site as well as Dubai’s second airport – Al Maktoum International, which is slated to become the largest airport in the world when complete.

Launched in 2006, Dubai South features a mix of residential and commercial property and is slated to have a population of one million when ready.