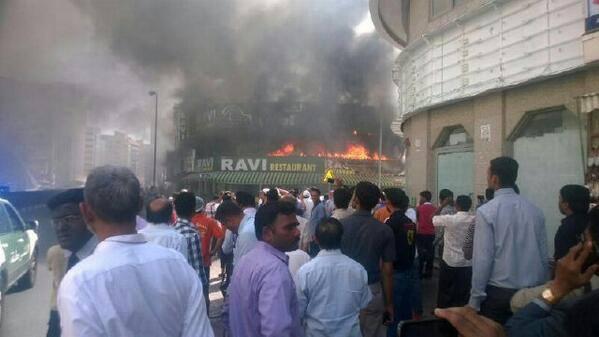 A fire broke out in a building housing the popular Baithal Ravi Restaurant in the Bur Dubai area in Dubai on Tuesday afternoon, according to reports.

Images of the blaze and the billowing smoke were posted on social networking sites Twitter and Facebook by residents.

The blaze was reportedly caused by a fault in the restaurant’s recently installed electric signage, local daily Gulf News reported. Dubai Civil Defence is yet to confirm this news.

There were no reports of casualties or injuries.

Dubai has witnessed a spate of fire accidents in the last few years, including a major one in a residential tower in the Jumeirah Lake Towers area in November 2012.