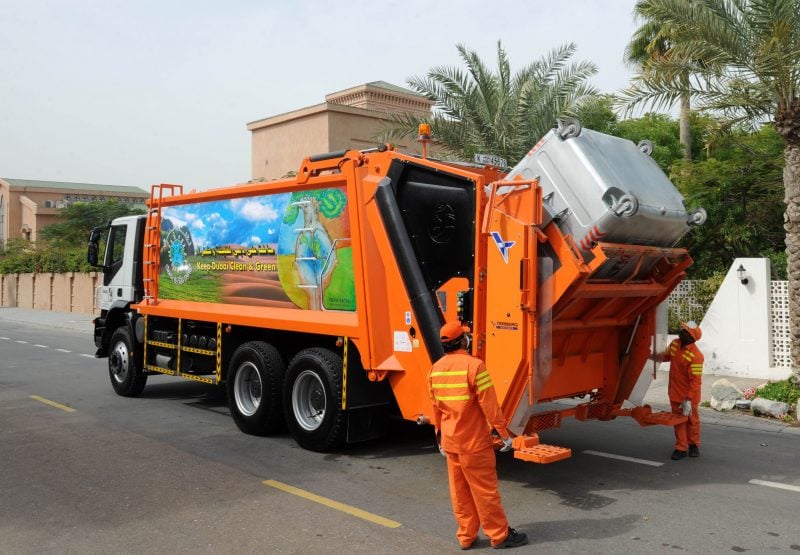 Dubai Municipality has revealed plans to use the city’s waste for concrete under the government’s 10X initiative.

The organisation’s ‘wasternizer’ project will use in-house technology to treat waste and sort it using artificial intelligence under a goal to move 100 per cent of waste away from landfills by 2030.

It will include the development of a decentralised waste-treatment units for buildings and residential districts that will raise the temperature of waste to break down its chemical components and produce clean energy.

The system will also produce 17,500 tonnes of good ash for the production of green concrete that could be used by local developers as early as this year.

Dubai Municipality said it was working with local and international firms specialising in artificial intelligence, waste-to-energy and transportation as well as real estate companies and developers to execute the plan.

Research and development for the project started in the fourth quarter of last year and agreements with private sector partners were signed in the first quarter of 2018.

A pilot phase is set to begin in the fourth quarter of this year before full implementation ahead of the World Expo in October 2020.

The project is expected to reduce Dubai’s carbon footprint and improve its sustainability, while freeing up land previously used for waste disposal.

The emirate currently produces 3.5 million tonnes of waste a year and uses 7,560 square metres of land for landfills, according to the announcement. 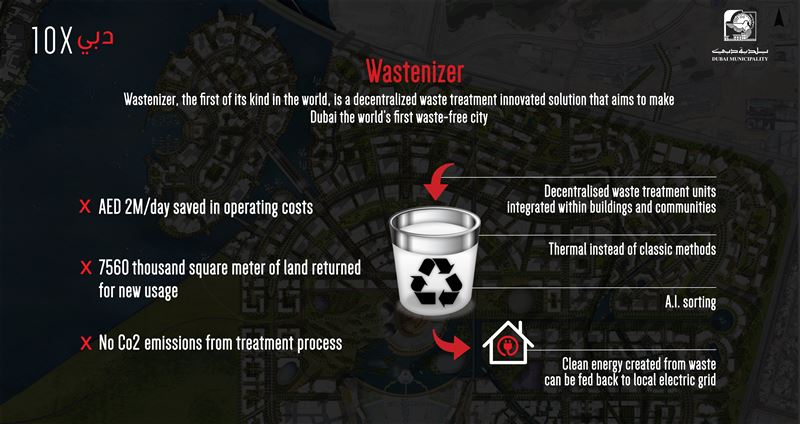 The plant aims to treat 1.82 million tonnes of sold waste a year, allowing it to generate enough power for 120,000 homes or 2 per cent of Dubai’s annual electricity consumption, according to Dubai Municipality.

In February, the emirate also announced new fees for waste disposal that will come into effect in May.

Among the 26 other projects presented by government entities under the 10X initiative include plans by Dubai Police to introduce a surveillance system and blimp that will reduce the need for officers on the streets.

The Dubai 10X initiative aims to position all of the emirate’s government entities 10 years ahead of their global counterparts by deploying new technologies.