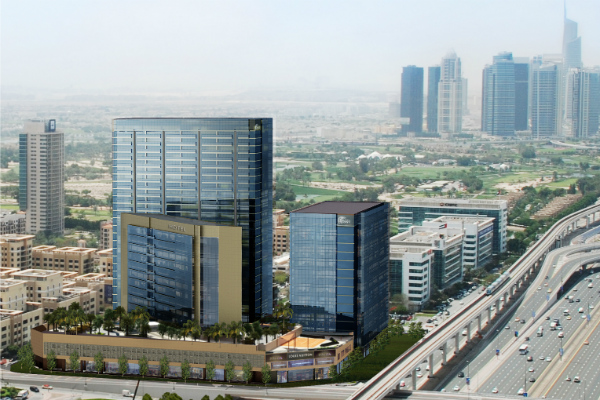 The 210-room Zabeel House by Jumeirah – The Greens, is scheduled to open in the fourth quarter of this year.

It will feature two restaurants, a pool terrace, conference and business facilities, a gym and spa treatment rooms.

The four-star hotel will be part of the mixed-used The Onyx development – comprising residential, commercial and retail units – in the wider The Greens master community.

“The Greens is a great location and an up and coming, growing district, perfect for the curious traveller who wants to experience local life or explore the city. It is a fantastic addition to our portfolio and will perfectly fit within the neighbourhood to be enjoyed by both residents and visitors,” said Jumeirah Group chief operating officer and interim CEO Marc Dardenne.

Jumeirah unveiled the Zabeel House brand last week and said it had signed management deals for an initial five hotels in the UAE, Saudi Arabia and UK.

The unveiling all but confirmed that Jumeirah had abandoned plans to bring back its contemporary lifestyle brand Venu, which was scrapped in the wake of the financial crisis.

The new unveiling comes as Jumeirah prepares to welcome a new CEO following the departure of Stefan Leser in May.

Former Four Seasons vice president Jose Silva will soon take on management of the Dubai-holding owned company, which manages 19 properties around the world, including the iconic Burj Al Arab, and has 25 under development.