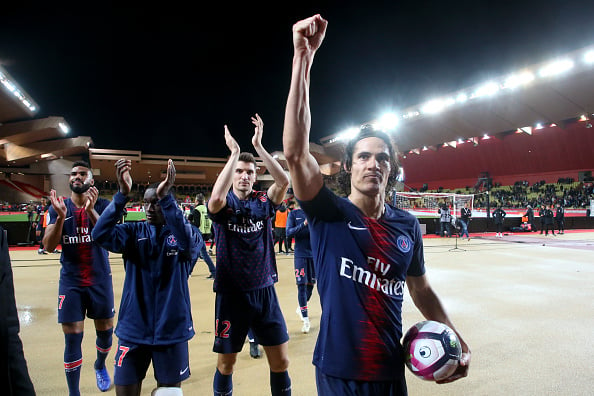 The move comes as ties between the UAE and Qatar remain fraught after the former joined Saudi Arabia, Bahrain and Egypt in a boycott of Doha last year.

Bloomberg cited an Emirates spokesperson as confirming Emirates’ current sponsorship of PSG, which began in 2006, would not be renewed.

The sponsorship is believed to have become an uncomfortable fit for Emirates, which has not flown to Doha since the UAE and its allies severed diplomatic, trade and transport ties in June 2017 over Qatar’s alleged support of terrorist groups.

Qatar Sports Investments bought PSG in 2011 and has made it one of the world’s wealthiest clubs.

Bloomberg said Emirates declined to say if it would sponsor a rival French team.

It currently sponsors top clubs in Europe’s major leagues including Arsenal in the English Premier League, Real Madrid in Spain’s La Liga and AC Milan in Italy’s Serie A.

The airline renewed its sponsorship of Arsenal in February, describing the agreement as one of football’s ‘biggest ever deals’.

French sports newspaper L’Equipe previously reported in August that PSG was seeking new sponsors. It said president and chairman Nasser Al-Khelaifi wanted an agreement worth EUR80 ($91m) a season from the current figure believed to be around EUR30m ($34m).

Bloomberg cited a source as saying one potential alternative for Emirates could be French rival Olympique de Marseille, which is currently sponsored by telecoms firm Orange in a deal that expires next summer.

The airline could also opt not to sponsor another French team due to financial pressures.

Emirates reported an 86 per cent drop in first half profit last week and said it would continue to face falling yields and higher fuel costs.