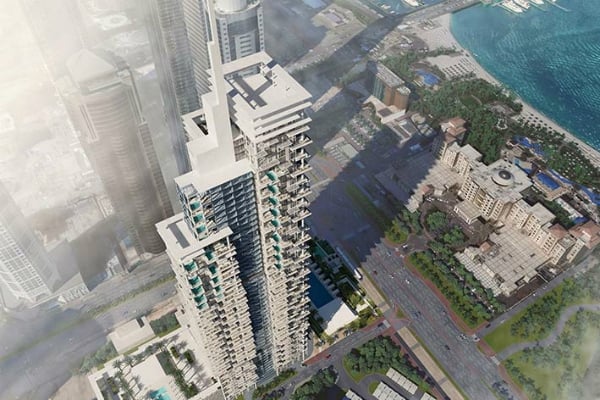 Under the deal, Roberto Cavalli will develop interiors for at least five luxury Damac hotels under the ‘AYKON Hotels with interior design by Roberto Cavalli’ brand.

The first of these will be a 220-room five-star hotel in Dubai Marina’s Al Sufouh area and is scheduled for completion by 2023.

Facilities will include a private majlis, bridal suite and several food and beverage outlets.

Damac previously partnered with Roberto Cavalli to launch a range of villas in 2017.

The company’s chief financial officer said in August the firm was “holding its nerve” amid a wider slump in its home real estate market.

Listings site Bayut said in a report released this week that apartment rents in some areas of the city fell as much as 8.3 per cent in the third quarter.

Read: Dubai apartment rents down as much as 8.3% in Q3

Consultancy Asteco said in its own Q3 report released last week that Dubai villa and apartment rents were down 3 per cent and 2 per cent respectively in the third quarter, while sales prices were down 5 per cent.

It suggested rates were likely to come under further pressure into early 2019.