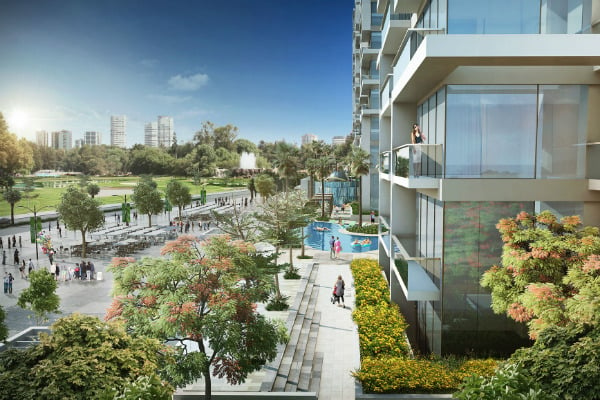 Dubai’s Damac Properties , owner and operator of the only Trump-branded golf club in the Middle East, is confident of its financial position despite registering its worst quarter in terms of booked sales since the company went public five years ago, its chief financial officer said.

Damac is feeling the impact of a real estate market in Dubai that is under pressure because of lower property prices and subdued sales as new developments hit the market.

“In a cyclical market it’s important to have some sense of certainty over direction, and from that perspective, we’re satisfied,” Adil Taqi said in a phone interview on Tuesday after the publication of Damac’s results for the first half of 2018.

“We’re also satisfied in a way that every day in a weak cycle that we put behind us puts us closer to the turnout.”

Taqi said the firm was “holding its nerve” in terms of cash balances and payment plans.

Damac’s second quarter profit from continuing operations fell by around 46 per cent year-on-year to Dhs378.2m ($103m). Total revenues for the first six months stood at Dhs3.7bn, year-on-year growth of 5 per cent.

Dubai’s real estate prices, hit by new supply, could decline by 10 to 15 per cent over the next two years, after falling between 5 to 10 per cent in 2017, according to S&P estimates earlier this year.

Damac has not pulled or delayed any existing projects, and 2018 is likely to be a bumper year in terms of property deliveries, the CFO said.

Damac’s unsold inventory, which extends beyond Dubai, is about $400-$500m, said Taqi. “In the short term, unless the market improves, this will build up slightly more.”

But the firm does not plan to sell assets to counterbalance the market slowdown. “We will not throw value away because we’re under pressure. We recognise we’re in a tough market and we need to be able to manage that.”

Damac has no significant capital expenditure commitment for the rest of the year, and currently has $2bn in cash, of which $350-400m is unrestricted, or not earmarked for a specific purpose.

Damac has $270m in Islamic bonds due early next year and plans to pay them down, rather than approaching the market to refinance them. It has around $180 million in bank debt that it mostly plans to refinance in the near-term, also to maintain relationships with local banks, he added.