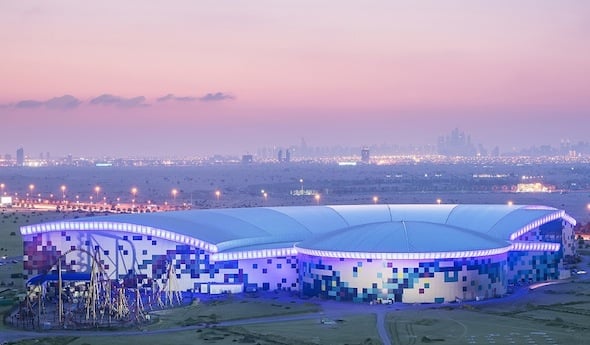 Ilyas & Mustafa Galadari Group (IMG), the Dubai-based operator of the world’s largest indoor theme park, is in talks with banks to restructure a Dhs1.2bn ($326.7m) syndicated loan and is seeking to extend its maturity, the company and financial sources told Reuters.

The company is also looking to upsize its existing loan facility due to cost overruns, IMG said.

IMG opened Worlds of Adventure in August 2016, with a total area in excess of 1.5 million square feet and the capacity to accommodate more than 20,000 visitors every day.

Talks between the company and banks about loan restructuring began a few weeks ago in order to help ease the company’s financial situation, sources familiar with the talks told Reuters.

The company is close to reaching an agreement with creditors that would involve some of the banks providing more finance to IMG and extending the loan maturity, sources added.

In return, additional covenants would be put in place to allow banks to monitor the company’s financial situation better.

The upsizing of the facility was linked to a cost overrun on the “pre-opening” of the theme park and not due to visitor numbers, IMG said in a statement on Sunday.

However, bankers said one reason for the talks was low footfalls.

IMG announced in December 2016 a plan to build another indoor theme park called IMG Worlds of Legends, which will feature eight property partnerships with global names such as Nickelodeon, Mattel and Pokemon.

The company said they are working on the design of IMG Worlds of Legends and an update will be soon provided.

Reuters reported in December 2016 that the company was working with JP Morgan Chase & Co, EFG Hermes and Goldman Sachs on a possible initial public offering (IPO) as the park operator expands.

IMG will continue to keep all possible future financing options open, the company spokesperson said when questioned about IPO plans.