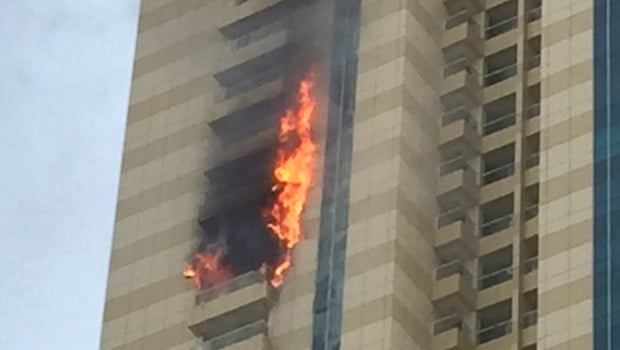 A fire broke out in a high-rise tower in Dubai Marina on Wednesday afternoon and spread across the side of the building before it was put out by fire fighters.

The blaze erupted at the 75-storey residential tower Sulafa Tower, located just metres away from The Torch, another high-rise tower which suffered a massive blaze last year.

According to an eye-witness, the fire started on the penthouse and then spread both upwards and downwards.

All the residents were evacuated and the Westin Mina Seyahi opened its ballroom for those who needed to wait out the fire.

Gulf Business reporter Jack Rogers was on the scene and spoke to a resident of the building.

One of the residents said she was evacuated from the building when the fire began in the penthouse. However, it later spread to the lower floors, probably sparked off by falling debris.

Another resident, who was not inside the building at the time of the accident, alleged that fires are a “regular occurrence” at the building because people forget to turn off the stove.

“We get evacuated about twice a month because people forget to turn off the stove,” he said.

“After the last fire, we asked for safety banners so that residents could be reminded about fire safety. There is no fire safety education,” he added. 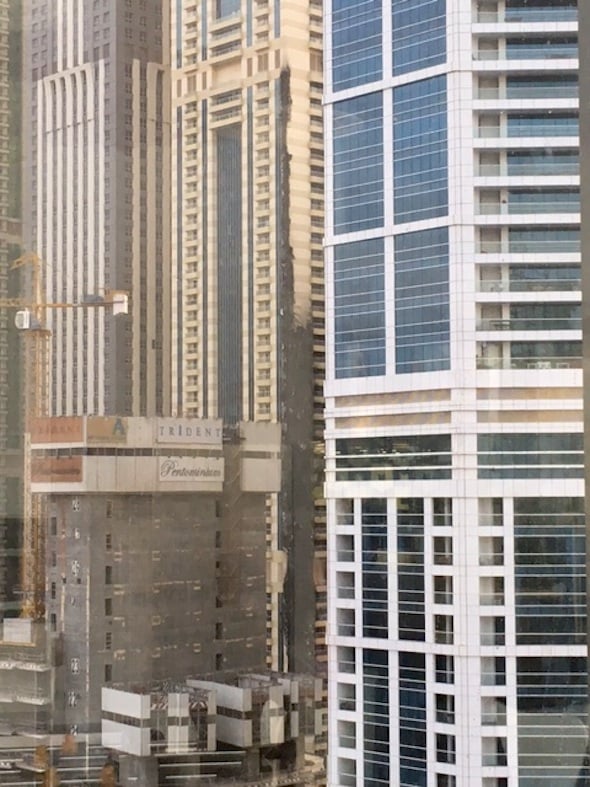 Dubai has seen a spate of fire accidents in recent years.

On New Year’s Eve, a ripe ripped through the luxury Dubai Address hotel in Downtown Dubai, engulfing the 63-storey tower.

The UAE updated its Fire and Life Safety Code in 2013 to require that exterior cladding is fire-resistant on all new buildings over 15 meters tall. However, these requirements do not apply to already existing buildings.

According to experts, it has been estimated that there may be hundreds of high-rise buildings in the UAE that are clad with flammable composite material panels, placing each of those buildings at a higher risk of fire.

Also read: Dubai Marina Torch Fire: What Next? Who Pays?

Dubai Address fire: What comes next?

Dubai Has Highest Fire Safety Standards In The World – Official