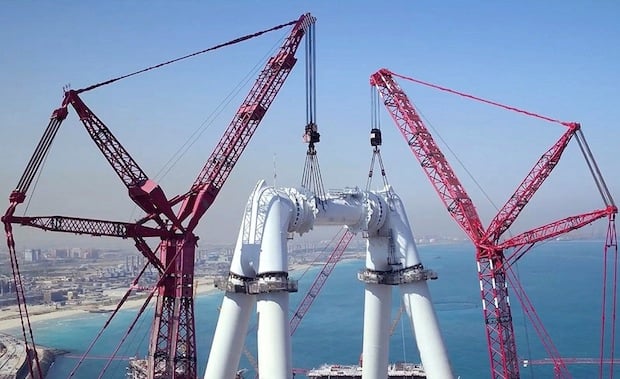 Dubai developer Meraas has confirmed that work on the world’s highest and largest observation wheel has reached a ‘significant milestone’.

Located in the upcoming Bluewaters Island project in front of Jumeirah Beach Residences, the wheel now has the hub and spindle assembly now in place.

The hub and spindle were manufactured and assembled in the UAE and shipped to Bluewaters Island due to their large size.

The spindle has a diameter of 6.25 metres and is made of steel similar to that used for nuclear plants. Three machines were imported from Singapore to produce the circularity.

Overall, the assembled hub and spindle is approximately 40 metres long and 20 metres high and weighs 1,805 tonnes – equivalent to four A380 aircrafts. 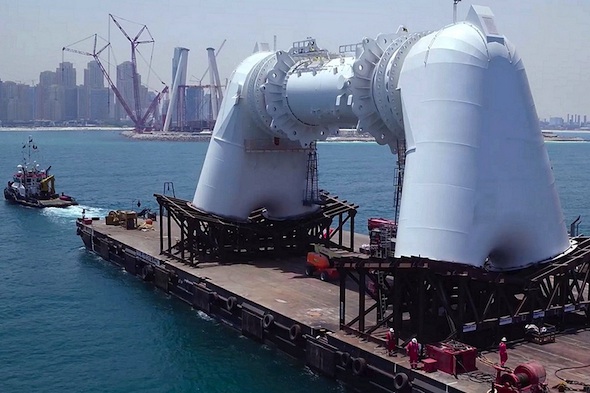 The hub will later be connected to the rim through 192 spoke cables, with the structure then resembling a gigantic bicycle wheel, according to Meraas.

Two of the world’s largest cranes – each with a lifting capacity of more than 3,000 tonnes – have been installed at the construction site to place the hub and spindle on top of the 126-metre-high legs.

The process of welding the spindle frames to the legs will take approximately four weeks, the statement said. 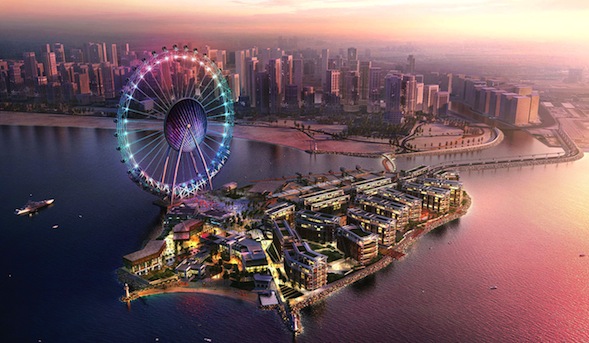 Chief projects officer at Meraas Omar Delawar said: “Once completed, Ain Dubai will emerge as an engineering masterpiece and a spectacular attraction, adding a unique experience and vantage point to the list of things to do in Dubai.

“Ferris wheels and observation wheels offer the gentle thrill of being conveyed up in the air and have fascinated people for several hundred years.”

Ain Dubai is set to become the main attraction on Bluewaters Island, which will also feature entertainment, retail, residential and hospitality offerings.