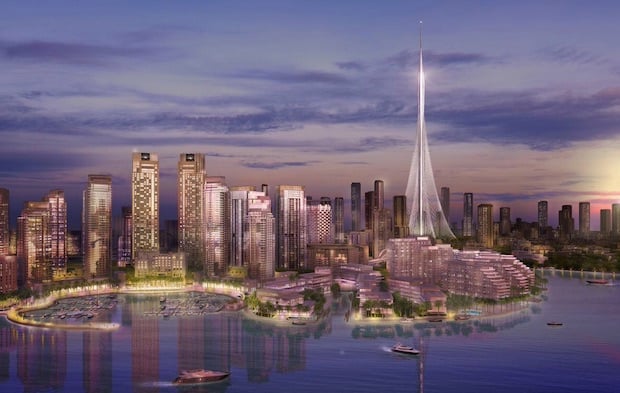 The Tower at Dubai Creek Harbour – slated to become the new tallest tower in Dubai – is now taking shape in the emirate.

Launched in April last year, the $1bn mixed-use building will form the centerpiece of the 6 sqkm Dubai Creek Harbour master-development, which is jointly being developed by Emaar and Dubai Holding.

In March this year, developer Emaar confirmed that it had laid the foundation for the construction of the tower, with the pile foundations complete. 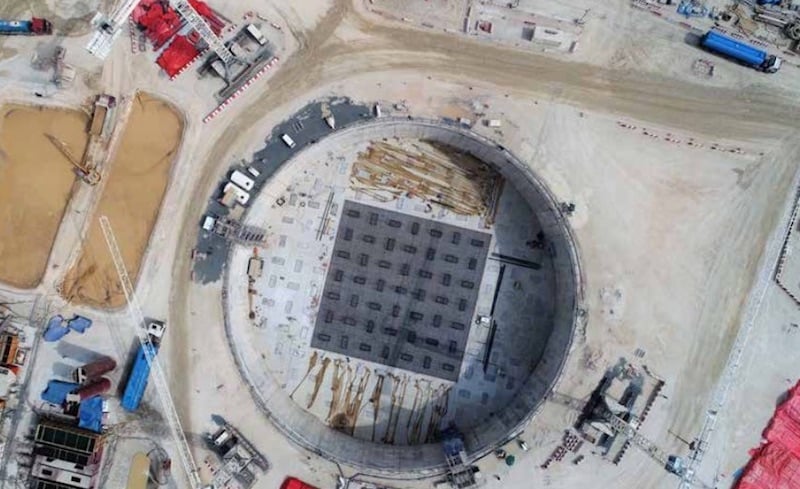 More than 145 barrette piles have been used to form the foundation for the new building.

Video: Construction of “The Tower” at #Dubai Creek Harbour pic.twitter.com/Wn4BpeHzJE

Designed by Spanish-Swiss architect Santiago Calatrava Valls to resemble a lily with the image of a minaret borrowed from Islamic culture, the tower will feature specially shaped observation decks.

The Pinnacle Room will offer 360-degree views while the VIP Observation Garden Decks will be designed around the theme of the ‘Hanging Gardens of Babylon.’