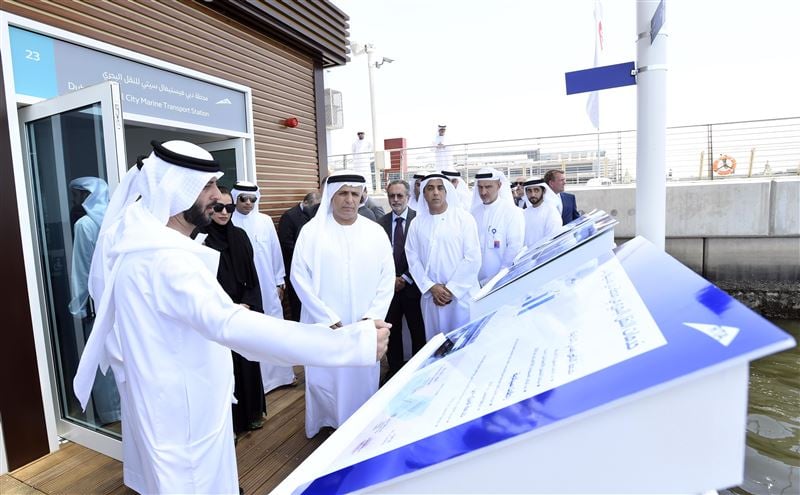 The station is connected with a pier and shaded outdoor areas. It has ticket sale service facilities, waiting areas overlooking Dubai Creek and provides spaces for people of determination. 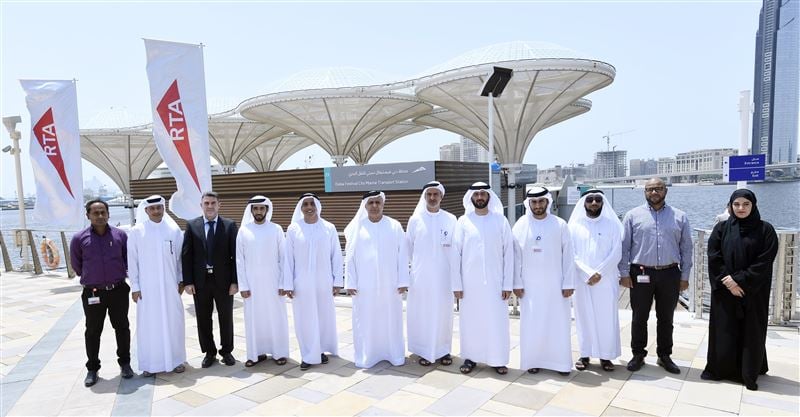 It is open for future expansions and is also relocatable.

At present, Abra services will operate every 10 minutes between Dubai Festival City and Jadaf stations daily from 7am until 12am (midnight) at a fare of Dhs2.

A “smart station”, the area is fitted with hi-tech devices to provide real-time passenger information, timetables of marine transport services and the weather condition. People can also process various transactions related to the RTA at the station.

A ‘smart corner’ onboard the Dubai Ferry is run in five languages including Arabic, English, Malayalam, Urdu, and Chinese.

A relief call (SOS) device has also been installed in the station to monitor the safety of customers along with a sound system and smart cameras to give alerts and guidance about safety and security matters, especially during emergencies.

Wifi service is provided free of charge at the station. 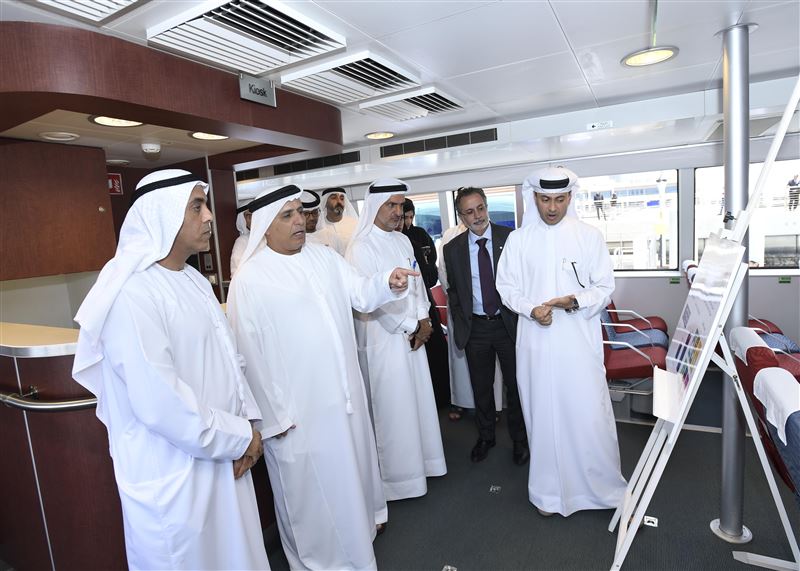 “The construction of this station is part of RTA master plan for improving Dubai marine transit systems, which are used by more than 14 million riders annually,” said Mattar Al Tayer, RTA director-general and chairman.

“The RTA plan envisages the construction of seven new marine transport stations at the Business Bay, Dubai Water Canal and coastal areas over the next couple of years, which will bring the total number of marine transit stations in Dubai to 55 stations by 2020.

Last year, the RTA launched the Al Garhoud workshop for maintenance of marine transit means manufactured of fibreglass (abra, ferry and water taxi). Spanning an area of 5,000 square metres, the area contains a marina extending 250 metres and a dock capable of accommodating boats measuring up to 32m in length in addition to a boat lifting crane with a capacity of 100 tonnes. The facility hosts five different workshops with each having the capacity to accommodate 16 boats at a time.

“The marine transport sector is witnessing a sustained growth in terms of the number and modes of transit means, stations and ridership since the opening of the Dubai Water Canal linking Dubai Creek with the Arabian Gulf,” said Al Tayer.

“The growth rate of this sector will receive a boost upon the completion of urban and tourist facilities on both sides of the Canal and the building of marine transport stations at the Canal. The marine transit modes will be the ideal mobility choice for many citizens, residents and tourists,” he added.