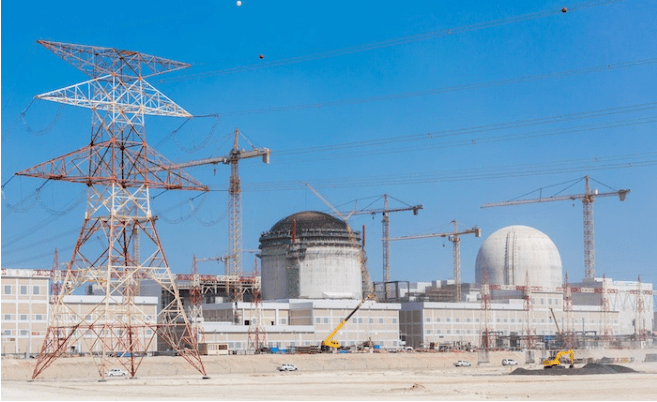 The opening of the United Arab Emirates’ first nuclear reactor, due to open last year, has been pushed back to 2019 due to training delays, two sources told Reuters.

The $24.4bn Barakah power plant is the world’s largest nuclear project under construction and will be the first in the Arab world.

“The planning has slipped and the schedule is tight… they have told people it will be 2019,” one source said regarding the start-up.

The first of four reactors being built by Korea Electric Power Corporation (KEPCO) was completed last year and set to start operations.

UAE regulator Federal Authority for Nuclear Regulation (FANR) has refused to give an operating licence to Nawah, the joint venture between KEPCO and Emirates Nuclear Energy Corporation (ENEC), which will operate the plant.

A second source said the approximately 1,800 staff Nawah has recruited to operate reactors one and two lack nuclear experience and expertise, adding that the UAE is now focusing on getting the four reactors operational by May 2020.

“This country had no nuclear culture before and it now has to develop an entire nuclear economy around the reactor project. That takes time,” the first source said.

A FANR spokesman said the regulator had nothing to add to its statement in January that it is reviewing Nawah’s licence application.

South Korean President Moon Jae-in will visit UAE and will attend a ceremony for the first reactor on March 26.

“The completion ceremony of reactor 1 will be held. However, it is still not ready to start up and it is likely to be delayed a year,” a second source said.

“Mr Dietrich will be responsible for leadership programs to support the next generation of Emirati nuclear professionals that will be required to operate the Barakah plant,” ENEC said.

The UAE will be the first new country to acquire nuclear power in more than two decades.

Bangladesh, Turkey and Saudi Arabia are preparing to follow suit and the World Nuclear Association estimates that nuclear power is planned in over 20 countries which do not currently have it.