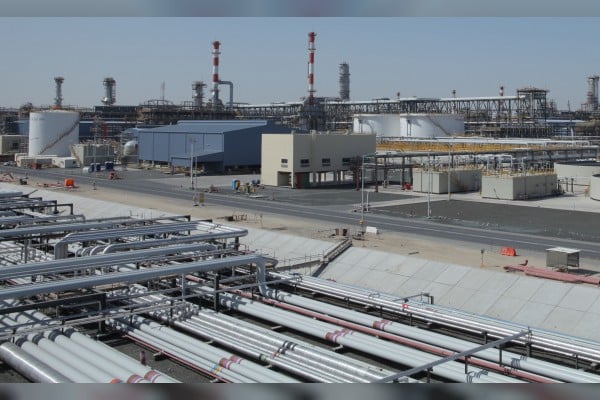 Abu Dhabi National Oil Company (ADNOC) plans to invest Dhs165bn ($44.9bn) along with its partners over five years to expand its downstream operations, the company said on Sunday.

The announcement came a day after ADNOC’s chief executive said the state energy firm would double its refining capacity and triple petrochemicals output potential by 2025, as it focuses more on downstream expansion to be on par with big pil and capture new growth markets.

To reach that goal, ADNOC will need to create new joint ventures and partnerships and not just rely on its existing assets, Sultan al-Jaber told Reuters in an interview on Saturday.

This will include by adding to its refining and petrochemical operations at its Ruwais complex with a third refinery to expand capacity by 600,000 bpd by 2025.

The company is also looking at different options for its ADNOC Refining subsidiary, including bringing on strategic partners but an initial public offering (IPO) for the unit is not on the “radar screen at this point in time”, al-Jaber said.

“We continue to keep upstream as an integral part of our DNA at ADNOC while complementing that with a real shift in our drive for more downstream investments,” according to the official.

“ADNOC needs to shift its focus to… downstream in a way to help enhance our commerciality, increase our profitability and maximize value from every barrel we produce,” he said at ADNOC’s headquarters in Abu Dhabi.

ADNOC produces about 3 million barrels of oil per day and its current refining capacity is 922,000 bpd. It wants to triple petrochemicals production to 14.4 million tonnes annually.

“The centrepiece when it comes to our downstream strategy is the Ruwais Industrial Complex… Our aim here is to make it become the single largest integrated refining and petrochemicals complex in the world,” al-Jaber said.

In February, ADNOC said it was investing $3.1bn to upgrade its 842,000 bpd Ruwais oil refinery to free up more crude for export from its flagship Murban grade.

A sharp drop in crude prices since mid-2014 has forced the oil industry to cut costs and look for ways to boost efficiency.

The company plans to spend more than Dhs400bn ($109bn) in the next five years. The spending will include boosting gas output and investing in international downstream activities, ADNOC said in November.

ADNOC wants to expand its downstream portfolio particularly in Asian markets where demand for oil is still growing, securing a new outlet for its crude.

“Hydrocarbons are and will remain an essential part of the energy mix… We are expecting that demand will double in the next 20 years especially in the petrochemicals sector,” al-Jaber said.

ADNOC is evaluating some downstream expansion opportunities abroad with its strategic partners, he said, declining to give more details, but he said that India was a potential market.

Other markets where ADNOC is looking for possible downstream expansion are China, Japan, South Korea, Vietnam, Indonesia and Pakistan, he said, adding the company was not close to a decision.

Earlier on Saturday, India’s oil minister told Reuters that there was a consensus between Saudi Aramco, ADNOC and Indian companies to firm a joint venture for India’s Ratnagiri oil refinery.