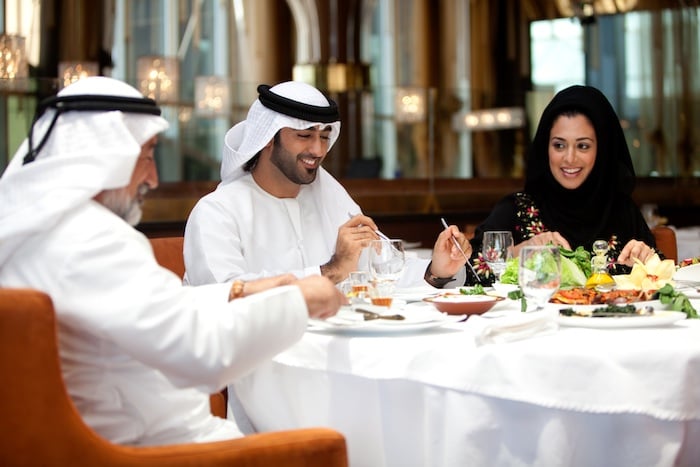 Up to 66 per cent of UAE residents eat dinner out at least once per week and spend an average of Dhs 120 per head when dining outside, according to a new survey by KPMG.

The survey, which polled locals and expatriates in the country, found that the F&B market continues to be one of the strongest performing sectors in the UAE.

A growing and relatively young population, high levels of affluence and increasing tourism are all boosting the industry, the report said.

However, KPMG also warned that while conditions in the market were favourable, failure also existed within the industry.

Anurag Bajpai, partner, KPMG said: “There is no lack of eating out options across the UAE and the increase in supply, in some segments of the market, continues to exceed the increase in demand.

“While the outlook for the sector as a whole has probably never been better, for individual players, the market has become increasingly competitive and thus challenging.”

Respondents noted that the type and quality of cuisine along with level of service were the most important factors when selecting a restaurant, with over 60 per cent saying that cost is not a key factor.

Over 70 per cent also indicated they were influenced by opinions of friends and family and over 40 per cent read an online review before visiting a restaurant for the first time.

“Given increasing competition, it has become important for operators to deliver the right experience and continue to innovate,” said Bajpai.

“Increasing internet usage and smart phone penetration is both a risk and an opportunity. Brands now really need to pay attention to their online presence and have a clear strategy.

“The operators who are getting this right are really benefiting, as they are not only raising their profile but are also enabling their customers to be advocates for their brand.”

Takeaway remains a relatively small segment of the market but the growth in online ordering platforms has provided greater visibility to several smaller players, the report said.

Up to 71 per cent of the respondents said they are willing to experiment with new cuisines and restaurants with 58 per cent having tried a new restaurant in the past six months.

“Even though cost of living still presents a challenge for many in the UAE (particularly as rents continue to rise), somewhat surprisingly, very few respondents felt that it had an impact on the amount they spend eating out. This indicates the resilience of F&B demand,” the report stated.