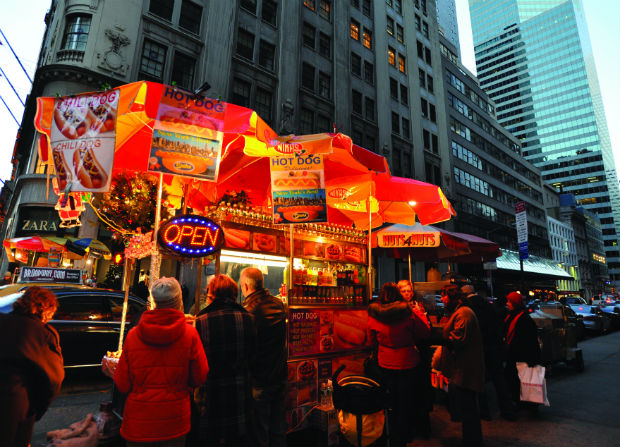 NYC is sassy, energetic, in-your-face, and oh-so-loud. But she also knows how to keep secrets. Of course it is a city with the regular hot spots that lure the frequent traveller but it also has those rare finds that don’t make it to guide books.

We scratch beneath the surface and reveal some of these less visited sites.

Hip-hopping in Harlem – This borough seems to have been (unfairly) associated solely with crime and poverty. Cast away those clichés, and brave the trip because Harlem has something that no other borough in New York can boast of – an unrivalled music scene.

Some of the most famous names in music such as James Reese Europe (credited for inventing Jazz), the legend Louis armstrong, the rapper Tupac shakur and even Moby trace their roots to Harlem.

Sign up for a sunday morning Harlem Gospel tour with Harlem spirituals. Your guide, a Harlem-ite, will pick you up and offer you a glimpse into Harlem’s past as a Dutch community, as a home to african-american writers and musicians, and also the neighbourhood’s a more recent troubled past.

The tour will then take you to a red brick church where you will experience a typical Harlem sunday service. The service usually begins with the locals shaking hands with you and warmly welcoming you to their parish, followed by soulful tunes and sermons.

The tour ends with some ‘soul food’ or typical african-american fare that generally consists of fried fish and chicken, okra, spare ribs, mac-n-cheese, and other tasty treats.

Eat your heart out in Brooklyn – ‘Come Hungry’ warns the website of Urban Oyster. a tour company dedicated to showing you the many culinary delights and addictive spirits that this city holds. sign up for the Neighbourhood Eats Tour of Brownstone Brooklyn, which will take you through some of the oldest eateries in this culturally diverse area, and where the flavours lean towards italian and Mediterranean.

Get talking with the owners of the mom-and-pop stores that have been in business over generations even as you savour the exotic flavours of the Middle East with complimentary zatir or falafel, or get transported to Italy with a slice of a sinfully cheesy pizza.

The many stops along this three-hour tour ensure that you won’t have space for lunch, thanks to the generous treats put out for you at the many endearing local eateries. Experience a Carrie Bradshaw moment – The hit HBO series Sex and The City made just about every single woman want to move to Manhattan.

It may not be possible to exchange lives with the leading ladies (and their many men!), but it’s possible to experience a sliver of Carrie’s past. For the uninitiated, Carrie Bradshaw is once sent on assignment to the Trapeze School New York (TSNY), where she bravely throws herself off a platform, 20-odd feet in the air. In the process, she manages to conquer her fears, of flying and of relationships.

Luckily for us, TSNY isn’t just a figment of a producer’s imagination. The school exists and it offers beginner to advanced classes in trapeze flying and other aerial adventures. Sign up for a lesson that could have you swinging in the air, or acing tricks like knee-hanging, (where you hang upside-down holding on the bar with your knees), even as you glimpse the downtown skyline like never before.

Go crafty on beer – Situated in a corner of Brooklyn that’s not usually visited by tourists, the Brooklyn Brewery is definitely worth the extra mile. Drop in here on the weekend for a complimentary half-hour tour of the brewery where you will be taken through the beer making process, from hops to barrel to mug.

Then head to the main bar area, which invites you with its warm wood decor and subtle lighting. The long tables and benches make it a perfect place to catch up with a group of friends. Drop in here during the peak of NY summers and cool off with some local draft.

Be brave, really brave – Check out the Green Wood Cemetery. It may sound like an odd place for tourism, but this place gets more than its fair share of visitors. In fact, this resting ground, which was built in 1838, became a major attraction in the two decades of its openings. So much so that the cemetery gave the government the impetus to work on open spaces in the city, including the making of Central Park.

Spread over 478 acres consisting of valleys, water-bodies and meandering pathways, the cemetery holds within its ground hand-crafted granite sculptures, monuments made of white marble, and brownstone crypts. It is the final abode of many famous names including Theodore Roosevelt Sr., Samuel Morse (inventor of the Morse code), Frank Morgan (from the Wizard of Oz), and many other notables.

Shhh– The Grand Central Terminal could be mistaken for a palace with its intimidating stone facade and the grand Tiffany glass clock, surrounded by intricately hand-crafted figurines of Minerva, Hercules and Mercury.

But walk inside and more wonders wait – including a magnificent astronomical mural gracing the high ceiling and stone carvings of oak leaves and acorns, all thanks to the Vanderbilt family who built the terminal. Coming from a humble background, the Vanderbilts had the motto, ‘Great oaks from tiny acorns grow.’

A Manhattan landmark, the terminal comes with the little known whispering gallery. The gallery refers to an unmarked arch nestled between the main concourse and the Vanderbilt Hall. Stand at one end of the arch and whisper into it, and the sound will travel all the way to the other end of the arch. Some believe it was built to facilitate the work of spies while others chalk it down to an acoustic anomaly.

Today, the miracle arch is used by lovers to whisper sweet nothings to each other, over a distance.

Go subway hunting – The subway system is the lifeline of New York. But how about checking out an abandoned station? The stop beneath City Hall, which was built in 1904, closed down 70 years ago. Given the opulent era it came from, the station consists of arched ceilings decorated with endearing tile- work, complemented by glass skylights that give the abandoned space an eerie feel, particularly at sun-set.

While the subway is closed to the public, there’s a way to see it: Hop on the six train to Brooklyn Bridge, but don’t get off at the last stop. As the train turns around, it will pass through the abandoned station. Take a walk – New York is an urban Mecca that has been able to strike a beautiful balance between nature and man-made structures. Despite the
towering skyscrapers, the city has over 1,700 green lungs.

While Central Park cannot be missed, Bryant Park is another little known space you ought to visit. Also situated smack in the centre of the city, the park offers refuge from the concrete jungle that it overlooks. Simply plop on the lush and inviting grass, or grab one of the many tables and chairs. Enjoy the fresh air, the sight of rushed commuters as you sit back and relax, or mooch off the park’s complimentary wi-fi.

Bryant Park changes with the seasons with winter bringing forth an ice-skating rink, musical performances in the summer, and autumn giving a stunning view.

Be a bargain hunter – The weekend brings with it many deals. And we’re not talking about the weekend sales at Madison Square. We’re talking about one of the largest vintage, crafts and food markets in the city. Located on the Upper West Side, GreenFlea market operates in full swing, every Sunday, rain, shine or snow. Watch as pushy New Yorkers clamber for deals. Sift through the goodies and you may just spot a treasure or two. All for a steal.

Bite into a dog – According to the National Hot Dog and Sausage Council, (yes, there really is an association for such meaty matters), New York is second in consumption of sausages in the country – behind Los Angeles. Walk across Manhattan and you’ll spot one too many street-cart vendors selling you hot-dogs, straight off the grill, lathered with tomato ketchup, tangy mustard, and encased in a soft bun.

But if you want to bite into the best of them, head to Gray’s Papaya. The restaurant, located on Broadway, is dedicated solely to hot-dogs and open 24/7 all year round. Enjoy this NY staple and wash it down with a papaya drink, after which the establishment was named.