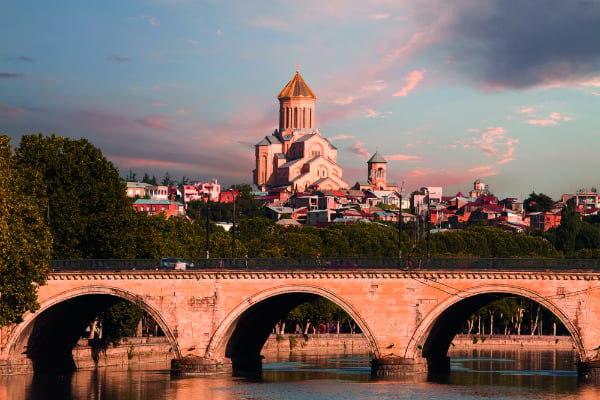 Located less than four hours away from the UAE, Georgia has rapidly emerged as a favourite vacation hotspot for holiday-goers from the Emirates, thanks to its starkly different landscape of lush green farms, scenic rivers and ancient monasteries.

The fact that all UAE residents can receive visas on arrival in Georgia has further added to its allure.
Luckily, despite the recent upturn in tourists arriving in the tiny country, it continues to offer hidden gems that remain relatively less crowded.

Tbilisi – the capital city of Georgia – is a beautiful sight to behold, with the older part of the city offering interesting insights into its evolution. Relics of the former USSR country stare at you amidst huge old fortresses (such as the Narikala Fortress), modern glass structures (such as the Peace Bridge) and hilly terrain dotted with fruit trees. Tucked away in the winding streets are also exotic museums such as the Georgian Folk Songs and Musical Instruments museum, quaint little restaurants and the relaxing (albeit smelly) sulphur baths.

But if you want to escape the feel of the city, various attractions are located across the country – all warranting a day trip away from Tbilisi.

Closest is Mtskheta – a UNESCO world heritage site. The former capital of Georgia, Mtksheta presents a well-preserved historic and cultural kaleidoscope with notable structures such as the Jvari Monastery, the Svetitstkhoveli Cathedral and the Samtavro Monastery. Don’t miss walking through the cobbled roads to a tranquil tiny old fourth century monastery set amidst a charming green garden that continues to be run by nuns. Adorable dogs lounge in the area and you can also pick ripe cherries direct from the trees.

Back to Tbilisi and heading west, a spectacular sight is Prometheus Caves, a natural wonder that features ancient stalactites, stalagmites, petrified waterfalls and underground rivers. Lit up with bright and colourful illuminations, the caves offer a fascinating experience, and you can top it off with a 280-metre boat ride on an underground lake that takes you back into the outside world. The caves are located at Kutaisi – roughly four hours away from Tbilisi, and the entry ticket costs approximately $3, along with an additional $3 for the boat ride. 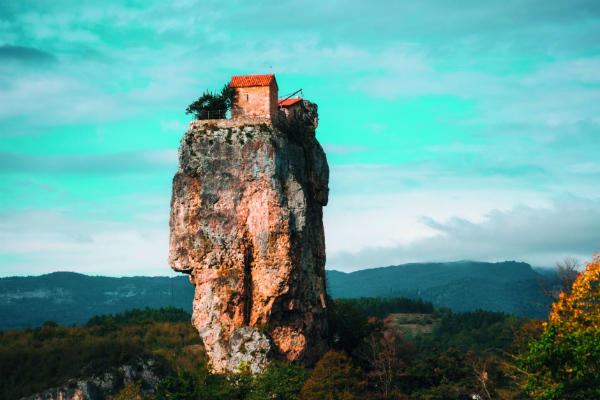 Roughly an hour away from the caves is another natural wonder – the Martvili Canyons. Presenting a picturesque scene with a turquoise river gushing through steep canyons, the area also boasts impressive waterfalls with steep climbing paths for trekking. The views are rather breathtaking and you can take a bumpy boat ride down the winding river.

Another place that makes it onto the itinerary of most tourists is Kazbegi, located to the north of the country. While snow sports are extremely popular here during the winter months, you can also opt for other adventure activities such as paragliding and river rafting during the summer, with many operators using Gudauri – on the way to Kazbegi – as their base. Another place worth a stop on the way is Annanuri, which features a fairytale castle that overlooks a sparkling blue river.

The charming valley town of Kazbegi (now officially known as Stepantsminda) offers views of rolling snow-capped peaks with a plethora of colourful flowers adorning the mountainside. Most tour operators will take you up to the Gergeti Trinity Church, perched atop a mountain at an elevation of 2,170 metres. The drive up could easily pass for a thrill ride at a theme park, but the 14th-century church – a poster picture for Georgia’s tourism marketing – is certainly worth the effort.

Moving to the southern side of the country, one place that is worth squeezing into your trip is the mountain cave town of Vardzia. Although not too popular as a day drive from Tbilisi (because it’s almost five hours away), the sight of the cave monastery will leave you speechless with awe. The caves were carved into the side of a mountain in the 12th century by the order of the then queen – Tamar – to protect the people from enemies. Now they stand as a testament to time, offering a glimpse into the world they lived in.

En route to or from Vardzia, you should also try to slot in some time at Rabati Castle in Akhaltsikhe, an expansive fortress built in the 13th century that includes a church, a mosque and a synagogue (although it has now been moved).

Also worth a spot on this itinerary is a visit to Borjomi – the city that lends its name to Georgia’s most famous packaged water. A walk through its park provides an insight into the legacy of mineral water in the country (the water is so pure and crisp, you can lap it up direct from a ground pipe).

Equally delicious is one of the country’s culinary treats that you shouldn’t pass up during your visit – the scrumptious and ubiquitous khachapuri bread, which includes generous portions of cheese and a variety of toppings. Follow this up with a taste of the mildly sweet and nutty churchkela – a candy that is believed to be a favourite of the nation’s soldiers.

With its spectacular landscape, fascinating monasteries and chequered history, the country of Georgia makes for an unforgettable vacation.