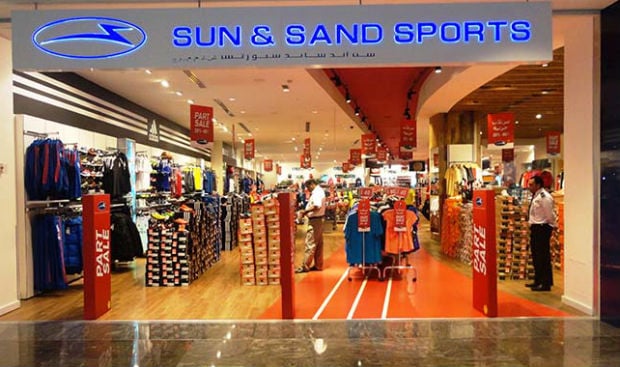 Sports retailer Sun & Sand Sports has said that it will create 500 new jobs in the Gulf this year as part of a regional expansion.

The retailer said that the work force boost is part of its 40 new store openings in the Gulf during 2015.

Meanwhile, Sun & Sand Sports’ parent firm Gulf Marketing Group (GMG) said that it will create around 1,000 jobs across its operations this year, including those announced by the sports retailer.

GMG, which also owns brands such as Super-Care Pharmacy, Farm Fresh, Good Health stores and Trilogi Logistics, said that the workforce expansion was to support its growth in the region.

“GMG has ambitious expansion plans for 2015, and having an efficient and professional workforce in place to support this growth is essential,” said Mohammad A Baker, deputy chairman and CEO, GMG.

“During the next 12 months we expect to open 47 new stores across the Gulf, creating around 1,000 new employment opportunities in retail and numerous business management sectors.”

The new positions in the company will range from senior management roles and sales to production and distribution roles.

As a result of the growth of individual businesses, new jobs will also be created in GMG’s central support functions, the company said.

The company opened 42 new stores in the Gulf in 2014, including 38 Sun & Sand Sports outlets, a Super care pharmacy and three Good Health stores.

Growth was driven by Saudi Arabia the UAE and the firm’s entry into new markets last year.