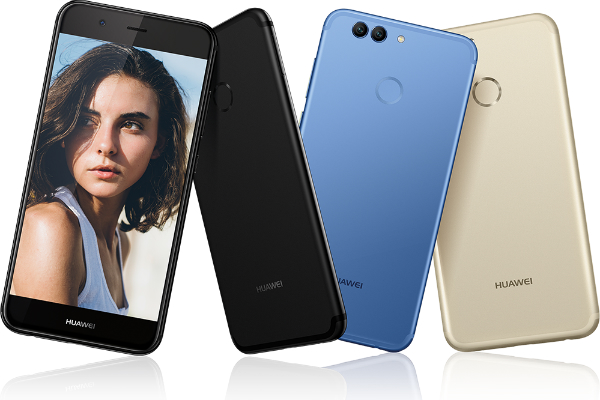 In many ways the Nova 2 Plus is the embodiment of Huawei’s strategy in recent years.

The phone follows the mantra of competitive specifications at an affordable price to the letter meaning there are few surprises but also few disappointments.

The design appears to take hints from the flagship P10 and P10 Plus released earlier this year with a fairly understated aesthetic that has an uncanny resemblance to the iPhone.

On the back it is smooth and matte with little other than a reliable rear fingerprint scanner and the dual camera, while on the front glass covers much of the limited bezel space giving an attractive overall shimmer.

As expected the Nova 2 Plus is the larger of the latest two variants and boasts a 5.5-inch LCD display with 1080P resolution. The screen will not challenge the QHD or 4K flagships of rivals but offers good viewing angles and colourful visuals while generally remaining visible in the harsh sunlight of the Gulf.

The large screen space combined with a loud bottom speaker means the device is an effective media companion that fares well when watching a clip on YouTube or even catching a series on Netflix.

Should you want to download a few episodes to take with you on the plane or metro there is thankfully 64GB of storage and, unlike more recent Apple’s devices, the Nova 2 has a headphone jack for listening on the go.

For gaming or more intensive apps the device is no slouch either with 4GB of RAM and Huawei’s Hisilicon Kirin 659 CPU. There was little sign of slowdown during a quick spin on Asphalt Nitro or when switching between multiple apps and the battery life didn’t take much of a hit either – meaning you should make it through the day with even frequent gaming.

One factor some users may find a little annoying though is the sheer amount of bloatware installed when you turn the device on. As well as Huawei’s usual music, gallery and other apps as part of its Android Nougat 7.0 skin there is Asphalt, two other games, Instagram, Facebook, Booking.com and more installed as standard. However, there are some other welcome additions like an eye comfort mode that dims the blue light coming from the display and several quick menu options when you swipe down from the top.

Should you find yourself short on app space you can also use the second SIM slot for an SD card.

Moving on to the cameras, the device is very much in keeping with Huawei’s dual-lens approach in recent years. The 12MP and 8MP combination on the rear offers 2X zoom with little loss of quality and of course the ability to focus on a person or object and blur the background.

The quality is as you would expect at this price point not quite up to par seen on more expensive flagships but it is by no means bad either and produced some detailed and colourful shots in a variety of locations and lighting conditions during testing.

Where Huawei has pushed out the boat a bit more is the front 20MP shooter, which is at least on paper better than that seen on more expensive devices. During usage it produced images that appeared somewhat sharper than the P10, for example, making the device a good choice for selfie lovers – although it does struggle in some lighting conditions.

All in all, despite a lack of surprises on the features front, Nova 2 Plus is an interesting value proposition if you’re in the market for a smartphone for under Dhs1,300.