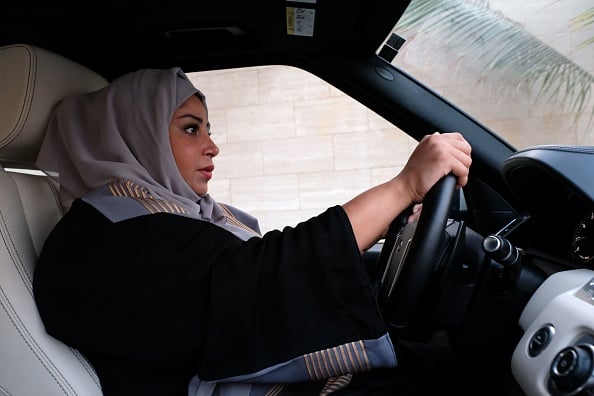 Saudi Arabia is ready to lift of its female driving ban next month, an official said on Tuesday.

The director general of the General Department of Traffic, Mohammed Al-Bassami, said in a government statement that all the necessary preparations to go ahead with the historic decision were in place

“All the requirements for women in the kingdom to start driving have been established,” he said, according to local media reports.

The announcement indicates the kingdom will be sticking the June 24 deadline specified in last September’s royal decree.

Bassami said women aged 18 years and older would be able to apply for a licence, while those applying for a public driver’s licence must be 20 years old.

Women with foreign licences will be able to convert them at 21 facilities across the kingdom but they will need to take a driving assessment.

“It is no secret that many women in the Kingdom of Saudi Arabia hold driving licenses from abroad,” according to the statement.

The kingdom has established specialised schools across five cities to train female drivers although local media reports have indicated the cost of lessons is significantly more expensive than for men at around SAR2,000-3,000 ($533-800).

Under new traffic laws, driving lessons of between six and 30 hours will be required based on the applicant’s skills.

“Applicants are required to pass a medical exam, theoretical and practical driving tests and complete the required hours of training in accredited driving schools,” according to the statement.

Arabic publication Al-Madina reported on Sunday that women looking to work as family drivers when the ban is lifted will face tough restrictions.

Among the rules are that female drivers cannot serve male-only groups of passengers and even if a woman is present they cannot accept the trip should a male or child be sat in the front seat.

Allowing women to drive is expected to lead to a sharp fall in demand for foreign drivers, who would traditionally be hired by families to transport women and children.

However, estimations of how many women will get behind the wheel vary.