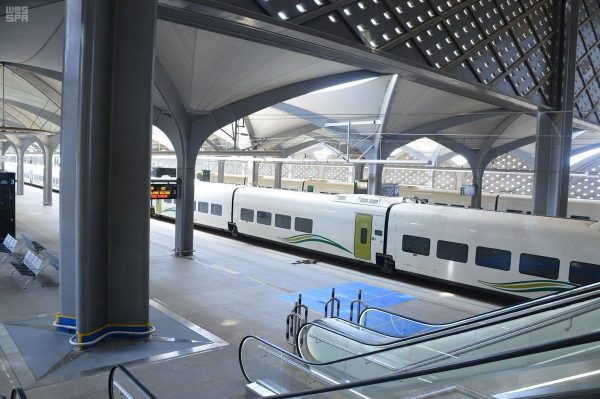 The opening of Saudi Arabia’s Haramain high-speed rail line to passengers has been pushed back until at least September, the kingdom’s transport minister has said.

The 450km railway, linking the holy cities of Makkah and Madinah via Jeddah and King Abdullah Economic City of Rabigh, was originally due to open in 2012 but has been hit by delays and cost increases.

Full trials were conducted in November and officials had previously indicated passenger services would begin at the start of 2018.

Minister of transport Dr Nabil bin Mohammed Al Amoudi told an event in Jeddah on Sunday that the line, described as the fastest in the Middle East, was hoped to begin commercial operations by the end of the third quarter.

It will then reach full capacity in the first quarter of 2019.

He said it would accommodate 60 million passengers a year when fully operational.

The rail project has five stations — two terminus stations in Makkah and Madinah, and two central stations in Jeddah and Rabigh, and a fifth station at King Abdulaziz International Airport built by the General Authority of Civil Aviation.

It will be operated by 35 passenger cars on two-way trips between Makkah and Madinah.

In a separate update at the event, Al Amoudi said Jeddah’s new airport would begin operations with limited domestic flights this month.

Further flights will be added in July and September, with the addition of six international gates, before the airport reaches full operations in the first quarter of 2019 with 46 gates.

The airport will be five times the size of the existing facility and accommodate 30 million passengers a year.