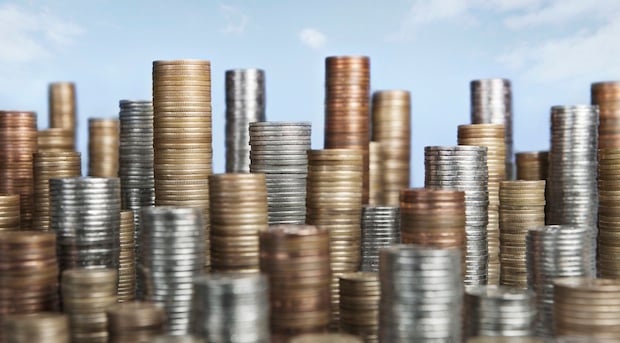 It would be fair to say that the last 12 months have proven challenging for many companies based in the Gulf region, and this was broadly reflected in our 2017 salary survey.

See where you rank on the GCC pay scale:

Ian Giulianotti, director at one of our participating recruiters Nadia, says the results are broadly in line with the company’s own experience, with more than 40 per cent of clients indicating they did not receive a pay rise over the last 12 months. While those that did received no more than to keep pace with inflation at 3 per cent, meaning little change in their financial circumstances.

“This is, I think, only the second time in the 28 years I’ve been with Nadia where I’ve seen that the cost of living increase has been greater than the salary increases,” he says.

“Depending upon the business sector, the average operating budget allocates 40 per cent of the budget for salaries. And as the 2016 market was relatively flat, employers tended to be cautious on pay increases to ensure that the business remained stable during limited growth periods,” she says.

Giulianotti suggests job security in particular is being increasingly valued in the region as mass redundancies in some sectors and more modest salary offers reduce job hopping in comparison to recent years.

“If we talk about two or three years ago, the majority of people were looking to change their jobs for financial benefit, to improve the amount of money they had,” he says.

“At that time most of the candidates that were registering with us would be looking for a 20 to 30 per cent hike. Today they are looking for 5 per cent, and if they can get 10 per cent it’s a real miracle,” he adds.

As 2017 progresses, some recruiters point to a more optimistic period to come, but this may not be reflected in your pay packet.

“While I believe 2017 is set to be more positive than 2016, salaries will most likely remain flat as businesses still struggle with global market conditions and remain cautious with regard to any extra spending,” says Campori, although she does indicate that the company expects small signs of improvement to translate into increased salary growth.

Giulianotti, meanwhile, points to the impact of the introduction of a 5 per cent value added tax rate across the region from next year.

“If you imagine that 5 per cent is going to be immediately transferred to every employee you’ve got, the cost of living is going to go up,” he warns.

The Nadia director believes these demands are likely to fall on deaf ears, however, as companies continue to navigate tough economic waters.

Despite these factors, recruiters believe the Gulf is unlikely to lose its appeal for expats in the near future with many now staying longer than the traditional three to five years. Expo 2020 in Dubai and the 2022 World Cup in Qatar are still considered bright spots on the horizon and both Campori and Giulianotti suggest the UAE in particular will continue to attract foreign talent.

“The Gulf will always be an exciting place for expatriates and I do not think the UAE will ever lose its allure,” Campori says.

“The UAE is always forward thinking in the development of its people and infrastructure, ensuring it is the most attractive offering to expatriates either on holiday or for longer-term employment.”

The 2017 salary survey was compiled based on inputs from regional recruitment companies including Nadia and Charterhouse.