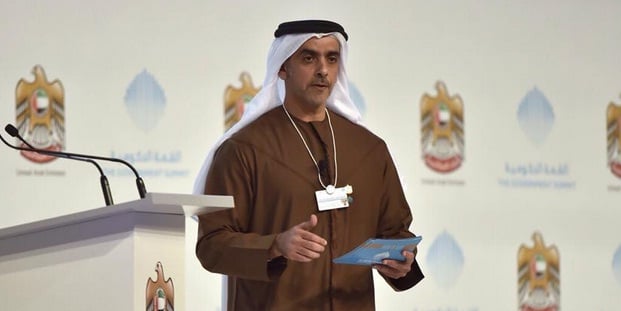 The contribution of oil revenues to the UAE’s GDP is set to drop from around 30 per cent at present to only five per cent by 2021, the country’s deputy PM said on Monday.

Speaking at the Government Summit in Dubai, Sheikh Saif bin Zayed, who is also the UAE’s Interior minister, said that the current drop in oil prices was a “challenge, but not a crisis.”

“In the 70s, the UAE used to depend on oil revenues for 90 per cent of its GDP. If 30 years ago, the oil prices fell to extreme lows, we would have been affected. But today it’s a challenge which we can overcome.”

His words echoed similar sentiments expressed by Abu Dhabi’s Crown Prince Sheikh Mohamed Bin Zayed, who said on Monday morning that the UAE’s economy was diversified and would ride through the drop in oil prices.

Oil prices fell close to six-year lows earlier this year, before recovering in the last two weeks to over $52 per barrel on reports of reduced supply.

In January, the International Monetary Fund (IMF) slashed its economic growth forecast for the UAE owing to the decline in oil prices.

The fund said that the UAE is expected to see GDP growth of 3.5 per cent in 2015 and 2016, down by one per cent from its October estimate.

Abu Dhabi, highly dependant on hydrocarbon revenues, is set to see an overall economic growth of three per cent while its non-oil economy is slated to grow 5.5 per cent in 2015, IMF said.

However, Sheikh Saif stressed that the country was diversifying into sectors such as investment – through institutions such as sovereign wealth fund ADIA, and into developing its human resources.

“We will look at the future with optimism even when the last barrel of oil leaves, because our youth, in whom we have invested, comprise our real wealth.”