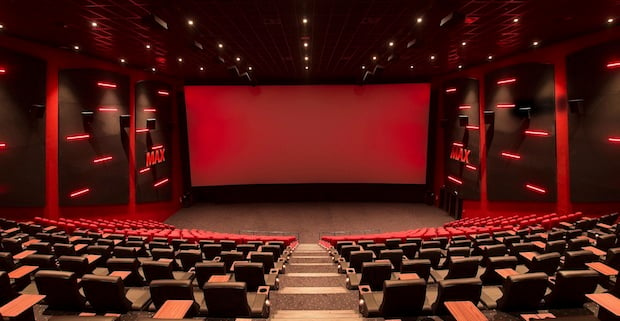 A new Vox Cinemas multiplex is set to open at Dubai’s Wafi mall in the third quarter of 2019.

The 16-screen multiplex, located in the new extension at Wafi, will include signature concepts such as Max, Kids, Samsung LED screen, three VIP screens and three new concept screens, a statement said.

The Kids screens will show a range of family friendly films and animated content while the Max concept will feature a mega-screen experience with spacious seating options.

Along with cinemas, the multiplex will feature a soft play area, bumper cars, kids square and bowling.

It will also include new F&B outlets in the food hall concept as well as a candy bar.

“We have recently been through a repositioning exercise at Wafi to focus on families and following the opening of Carrefour, we are extremely excited for this next phase with the cinema and our upcoming five-star Sofitel hotel which is scheduled to open late 2019,” said Louwrens Marais, general manager at Wafi Property.

The Sofitel hotel – set to be the brand’s largest in the Middle East, was announced by AccorHotels in 2017.

Sofitel Dubai Wafi will feature 501 rooms, including 86 suites ranging from 55sqm to 526sqm, and an additional 97 studio, one-, two- and three-bedroom serviced residences.

Dining options will include an Asian speciality restaurant, gastro pub, a destination restaurant, bar and lounge on the 43rd and 44th floors, a French lobby café, all-day restaurant and pool par.

A spa, gym, outdoor pool, private cabanas, kids club, 10 meeting rooms and a 1,115sqm ballroom are among the other facilities.