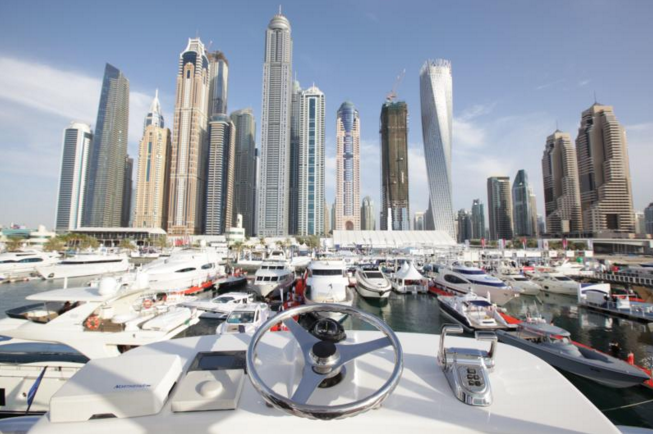 Middle East residents own 12 per cent of the global fleet of yachts over 40 metres in length, according to the Superyacht Builders Association.

The organisation said that 193 super yachts are owned by people from the region with an average length of 63 metres – the highest in the world.

Regional super yacht owners reportedly include Vice President and Prime Minister of the UAE and Ruler of Dubai Sheikh Mohammed bin Rashid Al Maktoum, whose 162m craft Dubai is believed to rank among the top five largest in the world.

“The Middle East is one of the traditional markets for the super yacht industry. Most of the world’s largest yachts have been delivered for this region, and the historic demand from this region has been vital for the growth of this sector,” said SYBass secretary general Theo Hooning.

He said that demand from the region had remained “fairly stable” over the years compared to other parts of the world.

Research from Boat International suggest more yachts are being built now than any time since the global financial crisis.

Demand for long-range and fuel efficient explorer yachts capable of visiting remote locations is also on the up, according to the company, increasing 17 per cent on last year’s yacht builds.

“We know that yacht owners are not only wanting to venture further out to sea, but also stay out longer,” said UAE-based Gulf Craft’s CEO Erwin Bamps.

Dubai International Boat Show is expected to draw some of the wealthiest boat owners and buyers from around the world when it takes place later this month.