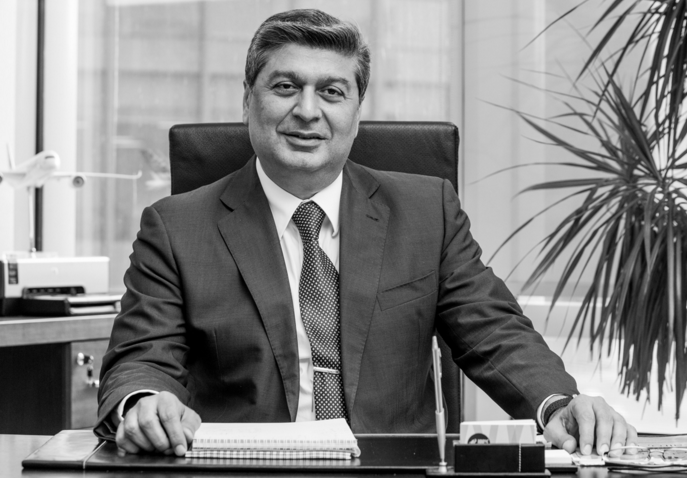 The world’s luxury segment is coming into a new era, according to the chief executive officer of Dubai-based real estate developer ENSHAA.

Speaking to Gulf Business, Raza Jafar expressed his belief that the global luxury market is shifting its focus to become more mindful of its impact, and that ENSHAA’s future projects will continue to improve on its sustainability credentials.

“It’s a new era for the whole world to be more socially and environmentally aware of our footprint and our impact,” he said.

“The global trend is moving towards sustainability. I am quite confident future projects will be much better on this front – for us and for others. There will be continual improvements in sustainability.

“I have a firm belief that sustainability is the way to look at business, and we as a company are firmly committed to that.”

ENSHAA counts among its developments the recently launched Palazzo Versace hotel in Dubai. A project Jafar cites as an example of how the luxury market can run more sustainably.

He said: “From the initial requirement we looked at where we could cut down on the consumption of water, and carried that out. The lighting that we use has very low energy consumption wherever possible, the air conditioning’s overall efficiency was looked at all the way through, and the materials we used are more insulating.

“So we did a lot of little things to make improvements.

“We also had meetings with other big hotel chains to discuss how to bring about more sustainability in the luxury segment of hospitality.”

As well as sustainability, Jafar explained that Palazzo Versace is setting new benchmarks in service, pointing to the trend of intuitive service.

“We are all working hard to improve standards and I have a lot of respect for all our competitors who are putting in the effort to raise the bar continuously,” he said.

“Saying that, I definitely agree with the fact that Palazzo Versace has raised the bar a little higher in terms of services, not only the quality of the product.

“The trend we are working on is intuitive service, not just waiting for a customer to ask for something. We want to work towards knowing what the customer’s next wish could be; being more intuitive about the fact that if the sun is bothering him we don’t wait for the customer to come and tell us to fix the umbrella.

“This kind of attention to detail ensures that the customer experience is exquisite.”

Palazzo Versace had its soft opening in November last year and expects to make its full opening in the second quarter of this year, according to Jafar.

The project was announced in 2005 and was originally scheduled to open in 2010, but the economic slowdown led to a series of lengthy delays.

Situated within the new Culture Village district, along Dubai Creek, the hotel and its rooms were exclusively designed by artistic director Donatella Versace.

Alongside Palazzo Versace, ENSHAA’s other projects include the Capital Club in Dubai International Financial Centre, as well as D1 Tower and Emirates Financial Towers, both also in Dubai.