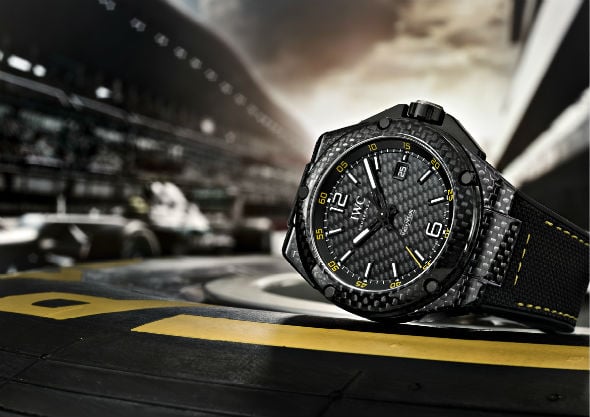 Lewis Hamilton will wear IWC watches from the start of the 2013 Formula One season and not TAG Heuer, according to a source familiar with the matter.

The former world champion previously wore TAG Heuer watches as part of his contract with McLaren, his racing team of fourteen years.

But as Hamilton begins the next stage of his career with Mercedes after signing for them at the end of last season, the British driver will now wear IWC Schaffhausen watches after the Swiss brand became the technical partner for the Formula One outfit.

Announced in May last year, the partnership began in earnest on January 1, though IWC Schaffhausen had previously held a partnership with AMG, the performance brand of Mercedes, since 2004.

The undisclosed source confirmed the switch for Hamilton at the Salon International de la Haute Horlogerie (SIHH) in Geneva on Tuesday.

IWC’s stand at SIHH – one of the world’s biggest watch shows – has been one of the most popular all week, as it displays the 2011 Formula One car belonging to Nico Rosberg – Hamilton’s new teammate – as well as a Mercedes SLS, the same model as the sport’s safety car.

Portugese football legend Luis Figo was in attendance at the watchmaker’s stand on Tuesday while actor Gerard Butler was also spotted walking around the venue.

Gulf Business reported Hamilton’s brand ambassador role with TAG Heuer may be coming to an end in October last year, shortly after Hamilton’s move was announced, following an interview with the company’s CEO Jean-Christophe Babin.