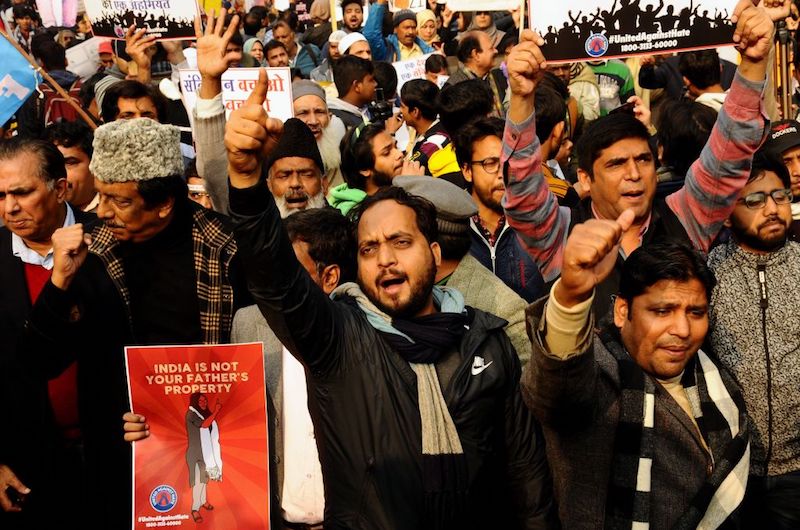 A group of lawmakers in Kuwait have expressed “deep concern” over the situation of Muslims in India and China, local media reported.

In a statement issued on the sidelines of the National Assembly session on Tuesday, December 24, a group of 27 lawmakers called on the Kuwaiti government to ‘exert diplomatic efforts’ and approach the United Nations to address the situation, Kuwait Times reported.

The statement expressed “deep concern” on the “abusive legislative and repressive security measures taken by the Indian government against Muslims”, the report said.

It also expressed “deep sorrow over the treatment of Muslims in China and called on the government to express solidarity and support for them”.

The statement was only signed by the 27 lawmakers – and not on behalf of the National Assembly, the Kuwait Times report added.

India has seen massive protests across the country after the parliament passed the Citizenship Amendment Act (CAA), which demonstrators say is discriminatory against Muslims.

The United Nations has already expressed concerns about the law and the handling of protests in India.

“The amended law would appear to undermine the commitment to equality before the law enshrined in India’s constitution and India’s obligations under the International Covenant on Civil and Political Rights and the Convention for the Elimination of Racial Discrimination, to which India is a state party, which prohibit discrimination based on racial, ethnic or religious grounds,” the spokesperson for the UN High Commissioner for Human Rights said earlier this month.

“Although India’s broader naturalisation laws remain in place, these amendments will have a discriminatory effect on people’s access to nationality.”

“We are concerned about the violence and alleged use of excessive force by security forces that we’ve seen that have been taking place in the protests against the Citizenship Amendment Act. We very much call for restraint and urge full respect for the rights of freedom of opinion and expression and peaceful assembly,” he said.