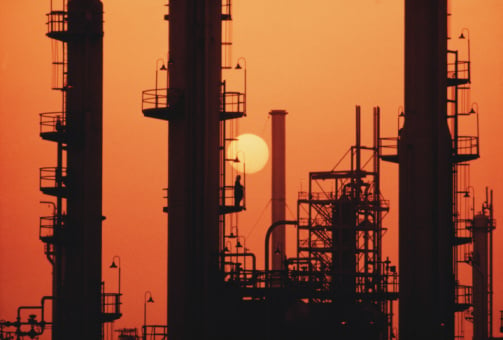 Emergency teams in Kuwait are struggling to deal with an oil spill near the Ras Al-Zour area in the county’s southern waters.

Oil sector spokesperson Sheikh Talal Al-Khalid Al-Sabah said on Saturday that emergency teams were working to deal with the leak, which was confirmed on Friday by the Environment Public Authority (EPA).

Teams from Kuwait oil Company, Kuwait National Petroleum Company and several other firms are working with the Ministry of Electricity and Water and the EPA to deal with the spill, according to state news agency KUNA.

Chevron Saudi Arabia is also providing support and will help develop plans to deal with the spillage.

Initial indications suggest the leakage came from an oil tanker.

In a statement later on Saturday, Khafji Joint Operations said no oil leak had been detected in its operation area after reports suggested the spill originated from a 50km pipeline at the shared oil field between Kuwait and Saudi Arabia.

The company said it conducted aerial surveillance in the area and spotted no spill.

Bahrain’s National Disaster Management Committee has also announced that the kingdom’s regional waters are not affected by the oil spill.

Authorities said yesterday that beaches would be cleaned once power and water plants are secured and the spill is under control.

Kuwait National Petroleum Company is building the Middle East largest oil refinery in the Ras Al-Zour area with a capacity of 615,000 per day.