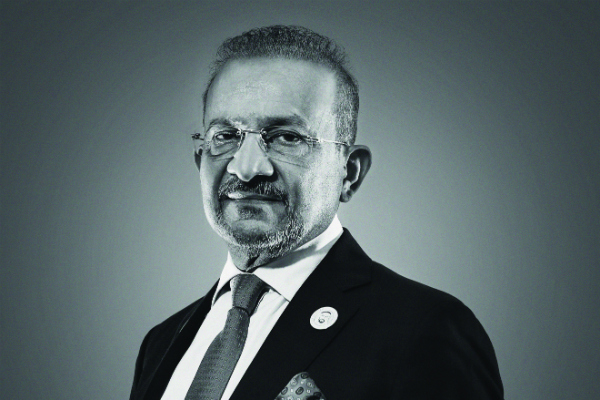 Seated in his office on the 40th floor of the Platinum Tower in Dubai’s Jumeirah Lakes Towers, Firoz Merchant has a clear view of the glittering Dubai skyline. But the Indian businessman, whose life resembles a Bollywood-style rags to riches story, is not enamoured by the shimmering lights outside.

“I’m a simple person – I want to remain focused on my work and family,” he tells me, a deep smile etched in his face.

The founder and chairman of UAE-based Pure Gold Group, Merchant started the company in 1989 in the bustling Murshid Bazaar in Dubai’s Deira area with two employees. Estimated to be worth $1bn, the jewellery brand now has 157 stores in nine countries across the Middle East and Asia, operated by 5,000 employees. It has manufacturing facilities in China and India, and is looking to launch a similar facility in the UAE in October 2018.

Earlier this year, Pure Gold also launched seven new concept stores in the UAE, Kuwait and Oman with a total investment of $10m, designed to feature a modern and minimalist boutique concept – completely different from a traditional jewellery store.

Targeting ‘millennials’, the stores have experiential tables with augmented reality, hoping to entice a younger generation of consumers.

“Today’s customers have become very educated [about gold] because of the growth in technology as well as easy access to information,” says Merchant.

“In the past, consumers used to buy from a store because of loyalty, which continued through generations. So they knew that the gold owner would not cheat them.

“But today, the loyalty has switched to technology. Every consumer researches extensively about a product before buying it and they find out where they can get the best price for it.  They are able to look for various options,” he explains.

A factor that has had a big impact on operations this year is the introduction of value added tax (VAT) in the UAE on January 1.

The 5 per cent tax is believed to be one of the main reasons that retail gold and diamond jewellery sales in the country dropped by a reported 30-40 per cent during the first quarter of the year. Anecdotally, it was estimated that the UAE’s wholesale gold market fell by up to 60 per cent in the first three months of the year as a result of VAT.

In May, there was some relief when the tax was rolled back on the wholesale trading of gold and diamonds, although it continues to be levied on the retail sector.

“Whenever tax is introduced in a country, it signals that the country has matured.  Every country needs a sustainable income resource; it is not possible to sustain a rapidly developing economy such as the UAE on a single resource like oil – we all saw how the drop in oil prices hit the region,” says Merchant.

“But while there is nothing wrong with tax, the timing should be right. When the global economic situation is good, then you can introduce the tax. In my opinion, the introduction of VAT was not timed right,” he opines.

“The slump started in 2017, so globally market conditions were down. From a consumer and trader perspective, everyone is struggling. The lifestyle and living standards have become extremely expensive here.

“So the 5 per cent VAT in the jewellery industry has come as a setback. It has become tough and challenging for operators. Our business has also been hit. Our agenda for this year is to manage cash flow – we are not looking for profits,” he explains.

Merchant says he has advised his team to give consumers the “absolutely best deal” that is possible.

“Consumers have been psychologically hit by VAT. There is a settling time that is needed – which can be six months, a year or even two years,” he adds.

But it is not just VAT – gold lost its shine in the UAE even prior to the tax. The World Gold Council said in its 2017 report that gold jewellery demand hit a 20-year low in the country.

Purchases were down 2 per cent from 43.4 tonnes in 2016 to 42.8 tonnes last year, the fourth consecutive annual decline, according to the organisation.

But a decrease in prices – spot gold prices were trading at around $1,206 per ounce at the time of going to press, down nearly 12 per cent from a 2018 high of $1,365.23 in April – have actually helped boost sales. According to Pure Gold’s CEO and managing director, Karim Merchant, the company has seen 20 per cent growth in its retail business.

“We see an uptake in customer interest and increase in gold retail, especially after the price drop, as people perceive gold purchases as a saving and long-term investment option. Overall, there has been an improvement since we monitor our sales in grams,” he states.

But has the volatility in bullion prices been hard to contend with from a business perspective?

“We have seen gold prices trading at highs and lows. But you must have a business strategy in place and create policies that address these fluctuations. You cannot run the business based on only one side,” advises Firoz Merchant.

“Today’s market conditions are very tough. Nothing is easy. You have to be prepared for everything. And in my view, the coming period is going to be even more tough,” he warns. 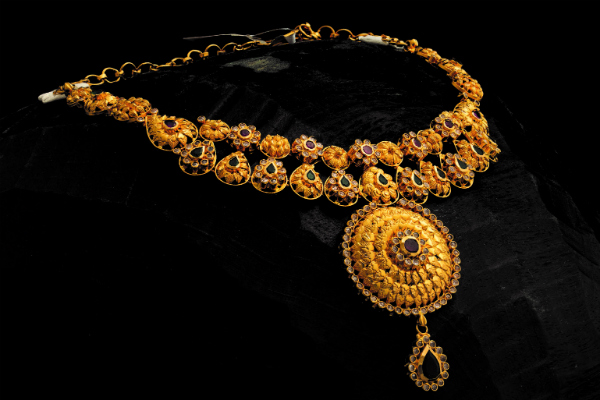 Handling tough situations is something that Merchant has been inherently prepared for. Nothing in life came easy for the Mumbai-born businessman, who was born into a big family and experienced poverty as a child. He was even forced to drop out from school after fifth grade.

“I used to look at other children going to school with their bags, and I would also long to study,” he reminisces. “I even came first in fifth standard and got an Eagle thermos flask for being the best student. But the situation was such that I couldn’t pursue my studies.

“But I’m not sad about it”, he quickly adds.

Having learnt the art of “buying and selling” from his father, a real estate broker, Merchant says he understood how to successfully close a deal. His parents also laid down a “strong foundation” for his life, emphasising the importance of integrity and hard work.

The family’s financial condition gradually improved, and during a visit to Dubai for his honeymoon when he was 22, Merchant went to the Gold Souk, where he was captivated by the trade and enticed to set up his own gold business.

Despite initial reluctance from his family, he persisted and after researching the gold business in Mumbai, he returned to Dubai to make his mark. Starting from scratch, he began by applying the trading principle that he was familiar with – he bought and sold gold bars for a small profit.

He opened a bank account in the erstwhile Bank of Oman (now Mashreq Bank) in half an hour – the process was simple – and then started handing out cheques as a guarantee to grow his business.

“People used to work on trust. Today it’s not like that because fraud has increased but in those days it was very different,” Merchant wistfully says.

His perseverance paid off and his company soon grew into the behemoth it is today.

“At that time the gold industry in the UAE was good and growing. But in my opinion, the market now has matured but also become very saturated. Many new players have entered the market and competition has increased,” he states.

While the supply “seems to be” exceeding demand, Merchant also remains optimistic that the market size will probably grow further as the UAE seeks to attract more tourists and residents.

Companies should focus on “organic growth” and undertake expansion after “due consideration and careful calculation”.

“Business should never be done for ego and competition should always be accepted,” he adds.

Not all that glitters is gold

Pure Gold – a name that just “popped” into Merchant’s mind when applying for a company licence – is no longer focussing purely on gold and has heavily diversified into pearls and diamonds. Between 70 and 80 per cent of the company’s business comes from diamonds, according to Merchant.

“In the past, people used to buy gold as an investment, with ornaments like bangles weighing around 100g. But these days gold has become an item of fashion, so you see more hollow gold weighing as little as 5g to 10g,” he states.

“However, while the market may change, it will not die. Gold has a huge history and there is no other alternative to it, no replacement,”   he stresses.

The company is also working on styling a new concept in Asia, which is expected to open by the first quarter of next year, and diversification into the food and beverage sector, Merchant adds.

In recent times, Merchant has featured more extensively in news headlines for his other big passion – philanthropy. His Forgotten Society initiative, started 10 years ago, has seen him free thousands of prisoners from jails in the UAE.

The initiative clears the financial liabilities of prisoners who have been incarcerated for money-related cases and those who remain in prison despite completing their sentences because of a lack of funds.

“In 2008, after the crisis, hundreds of construction workers lost their jobs after contracting companies shut down. Many of these workers were put in jail because of various issues – mainly related to visa violations.

“So we took up an initiative to send them back home. We worked with the UAE authorities to draw out a plan and extended help to people from all nationalities. We paid for their tickets and their fines and reunited them with their families,” explains Merchant.

More than 15,000 people have benefitted from the initiative, including 5,000 from Ajman Central Jail.

Merchant’s philanthropic activities also cover the healthcare and education sectors and have seen him donate more than Dhs20m ($5.44m) over the years.

“Business wise I’m very satisfied – there’s not too much of a requirement for my personal involvement. It is well set-up and organised and I only get involved on a macro level. The operational level is handled by my son [Karim],” he says.

“Now I want to focus on leaving a legacy for my children and grandchildren. It is not about money but about doing good deeds. If someone bumps into one of my grandchildren years later and recollects a good deed that I have done, I would have left a true legacy.”