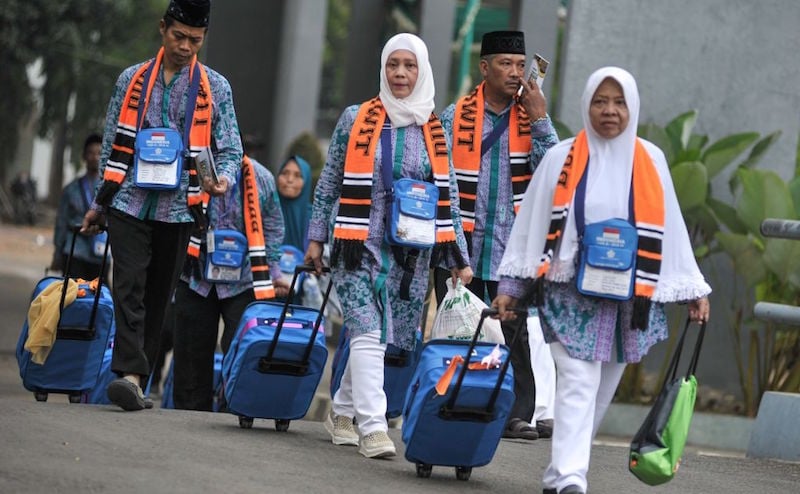 The first flight carrying Hajj pilgrims from Indonesia arrived in Madinah on Tuesday as part of the kingdom’s Makkah Road initiative.

All the passengers onboard completed their entry procedures at the Soekarno-Hatta International Airport in Jakarta, the official Saudi Press Agency (SPA) reported.

A special terminal was allotted for their arrival, with buses waiting to transport them directly to their temporary stay camps.

The Makkah Road initiative, launched earlier this month, offers pilgrims from Malaysia and Indonesia a pre-clearance system at their own airports to avoid queues when they arrive in Saudi Arabia.

Everything from visa stamps, fingerprints, customs and health screenings are completed before boarding the flight, so that the pilgrims arrive as domestic passengers in the kingdom.

The Saudi Ministry of Health also now has a system to check pilgrims’ health requirements electronically, without the need to see vaccination papers, the report said.

The first two flights under the initiative took off from Kuala Lumpur International Airport on July 15.

A total of 11 Saudi governmental bodies have worked together to facilitate the process under the initiative, which is part of the kingdom’s ambitious Vision 2030 plan, SPA reported.

Meanwhile the General Presidency for the Holy Mosque and the Prophet’s Mosque has started implementing its two-month plan for the Hajj season of this year, SPA reported.

The authority’s president said it is keen to make early preparations for the Hajj season, including services covering the administrative, human resources, guiding, engineering and technical fields.

Earlier this week, Saudi Arabia’s Ministry of Hajj and Umrah also launched an online portal allowing Qatari pilgrims to register for the Hajj pilgrimage despite cutting ties with Doha.