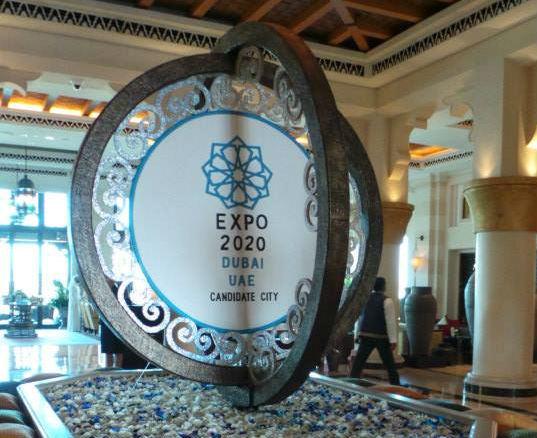 As the dust slowly begins to settle over Dubai’s historic World Expo 2020 win, a few familiar questions will begin to appear.

The umbrella term for all these queries is ‘impact’. What impact will hosting the third biggest global event have on the emirate, the surrounding MENA region and its two billion inhabitants?

If there is one thing you can guarantee from all that must go into planning and staging a global event, it’s that new hands will be needed.

Over the last few years the UAE’s job market has performed in contrast to the rest of the region, with political unrest in neighbouring countries forcing many towards the emirates’ safe haven status.

Now with the Expo win, the job market is set to boom.

“Winning the bid will certainly very positively and expediently affect the job market in the UAE and we have already seen an uptick in activity in recent months,” said Suhail Masri, VP of Sales, Bayt.com – the region’s leading online job agency.

“Expo Dubai 2020 will, among other advantages, lead to an increase in the number of building developments undertaken in the country in order to create the appropriate infrastructure, as well as create jobs in the tourism sector.

Masri predicted other industries that can expect to benefit from the Expo are the construction and electricity sectors.

“In addition, the telecommunication sector, along with IT and transportation, will profit as well from job creation and higher demand from international visitors.”

To be more specific, a MEED report predicts more than 277,000 jobs will be created between 2013 and 2021, with around 40 per cent of them in the travel and tourism sector.

It also forecasts that for every Expo employee, around 60 additional jobs would be sustained in the wider economy – a notion Reem Al Hashimy, managing director of Dubai’s bid, stressed in her final address in Paris; Dubai’s Expo is about more than just Dubai, it is for the wider MENA region.

“Expo 2020 will have a positive impact on the UAE job market in the sense that it will create more opportunities in addition to attracting talent to the region,” said Martin McGuigan, head of reward consulting at Aon Hewitt Middle East.

“This in turn will help raise the overall standard of a company’s workforce, leading to greater productivity and quality of output.”

McGuigan also said that with the Expo causing a predicted rise in living costs, employers should expect the current annual salary increase of approximately five per cent to rise further.

Much of Dubai’s job growth however will be thanks to structures that were already in place before the Expo was secured, systems which thousands of companies have used for many years already, as Masri pointed out.

“During the past few years, many of the country’s resources have been channeled into sectors such as arts and culture – among other key sectors – in preparation for the bid, and we witnessed remarkable growth of dedicated freezones for media, entertainment and other creative industries in UAE,” he said.

“They have already attracted major international companies to set up their Middle East base in the UAE during the past several years. All this has led to jobs across career levels in these industries.”