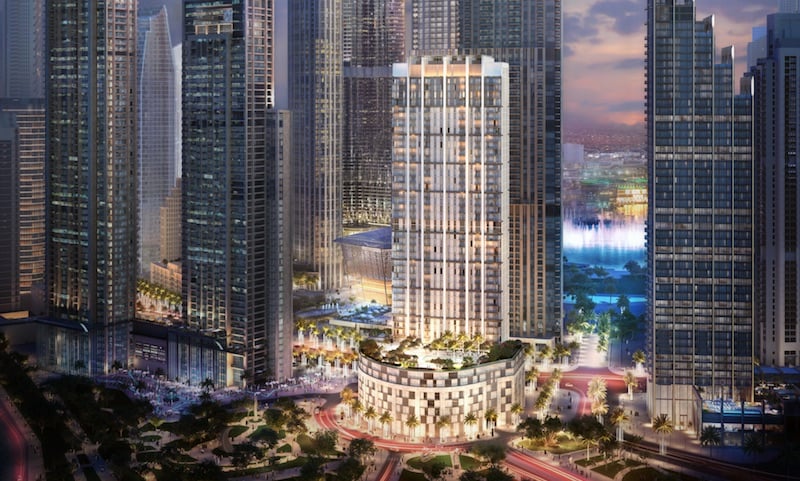 Burj Crown will also feature a reception and lounge area, and amenities such as a children’s playground, a barbecue area, a swimming pool for children and adults and an outdoor area with green spaces.

The new tower is within walking distance of Burj Khalifa, The Dubai Mall, The Dubai Fountains, Burj Park and Dubai Opera, a statement said.

It also offers direct access from Sheikh Mohammed bin Rashid Boulevard with a drop-off area for residents and taxis.

“Burj Crown will undoubtedly become one of the most desirable addresses in Dubai,” said Mohamed Alabbar, chairman of Emaar, adding that it offered “an unmissable investment opportunity”.

Despite the slump in Dubai’s property market, Emaar has continued to launch new projects in the emirate.

In November, the company launched a new Dhs25bn($7bn) project on the Dubai-Al Ain road called The Valley, targeting mid-income investors.

Along with residential units, the mixed-use project will offer retail, entertainment, recreational, educational and health facilities.

The developer posted a 20 per cent year-on-year rise in net profit for the third quarter of the year to reach Dhs1.3bn, with revenues growing 14 per cent during the period.