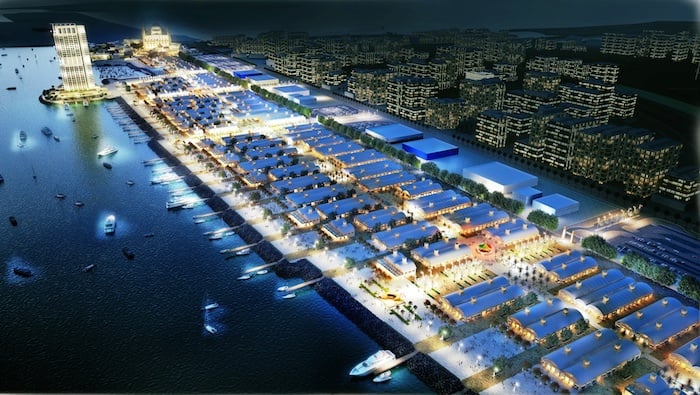 The Night Souk, stretching 1.9 km along the project’s waterfront, will include 5,000 shops and 96 quayside cafes and restaurants.

Located on the south island, just across from mainland Dubai and accessible by road and water, it will be within walking distance of hotels, residences and the upcoming Deira Islands Mall, Nakheel said in a statement.

“The Night Souk, a key feature of this new waterfront city, will promote local business and entrepreneurship, serve hundreds of thousands of residents living on and around Deira Islands and act as a major attraction for Dubai’s growing number of annual tourists.”

Launched in October 2013, Deira Islands comprises four islands and will add 40 km, including 21 km of beachfront, to Dubai’s coastline.

All four islands will feature hotels, resorts and residential, commercial and retail units. Nakheel will master plan and complete infrastructure work ready for third party development on each island, it said.

The developer also plans to build five hotels of its own at the development and is developing a ‘significant’ amount of the 4.5 million square metre south island, it said.

It aims to create a “unique creek side destination”, easily accessible from the mainland by road bridges and by water via abras, with attractions including the 620,000 sqm Deira Islands Mall, a 250-room hotel; an amphitheatre for 30,000 people; and a marina that can accommodate large yachts.

The overall development is anticipated to accommodate over 357,000 people when completed.