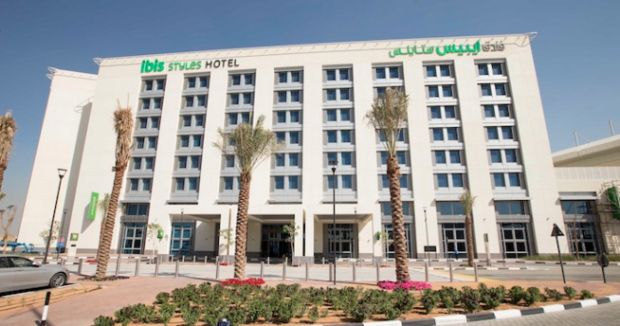 Dubai developer Nakheel confirmed that it has delivered its first hotel – a 251-room ibis Styles – at Dragon Mart.

Owned by Nakheel and managed by AccorHotels, the three-star hotel welcomed its first guests on Monday.

“The delivery of our first hotel is a major milestone for Nakheel, marking the start of an exciting hospitality expansion programme that is set to bring 10 new hotels and resorts to Dubai,” said Nakheel chairman Ali Rashid Lootah.

“A hotel at Dragon Mart is a natural progression for this ever-growing retail and trading hub.”

“Together, the two Dragon Marts have more than 4,000 shops, restaurants and entertainment facilities that currently welcome over 100,000 people daily – or 36.5 million a year,” said Lootah.

“Among them are hundreds of thousands of shoppers and traders from the GCC and MENA regions who will welcome a hotel right on the doorstep.”

The ibis Styles is one of two hotels to be delivered at Dragon Mart. The second will be a Premier Inn-operated hotel with 250 rooms.

Apart from those two, Nakheel currently has five hotels and resorts under construction or in design stage.

They include a 372-room Premier Inn-operated hotel under construction in the Ibn Battuta Mall area and three hotels in Deira Islands– a 750-room all-inclusive beachfront resort as a joint venture with Spain’s RIU Hotels & Resorts; a 500-room Avani-branded beachfront resort in collaboration with the Minor Hotel Group; and a planned joint venture with Centara Hotels & Resorts for a 550-room resort and waterpark.

Nakheel is also developing a 289-room luxury hotel in Palm Jumeirah to be managed by Starwood Hotels & Resorts under the St Regis brand. The hotel will occupy the first 18 floors of its 52-storey hotel and residential tower.