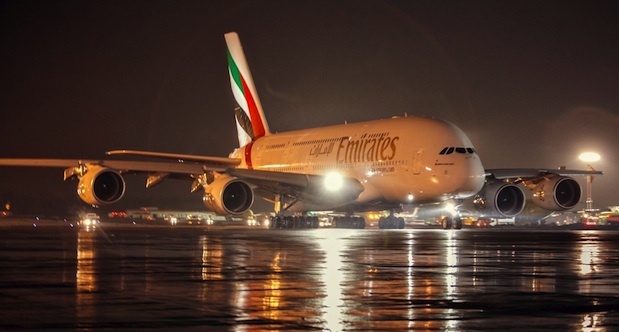 The fees range from Dhs50 ($15) for short haul flights between Dubai and the GCC, Middle East, Iran, West Asia and the Indian Ocean to Dhs100 ($25) for Europe, the Far East and Africa and Dhs150 ($40) for the Americas, Australia and New Zealand.

Charges on fifth freedom routes, where the carrier flies between two foreign countries like its New York-Milan and Singapore-Melbourne services, will range from Dhs50 to Dhs100.

The new fees apply to economy class special and saver fares only with economy class flex and flex plus, business class and first class fares exempt.

An Emirates spokesperson said the fees will also not apply to children below the age of two and accompanying passengers on the same booking.

Older children will be applicable for a 50 per cent discount and complimentary seat selection is still available at check-in 48 hours before departure.

“This charge is also not applicable once online check-in opens, which is 48hrs before flight departure,” the spokesperson said. “At this stage, seat selection is free.”

The new fees are seen as a means for emirates to boost its ancillary revenues as it battles falling yields.

Sources told Gulf Business in July that the carrier had frozen recruitment, although Emirates denied this.

The airline posted a 56 per cent jump in profit for the 2015-2016 financial year but revenues dipped 4 per cent amid pressurised operating costs.