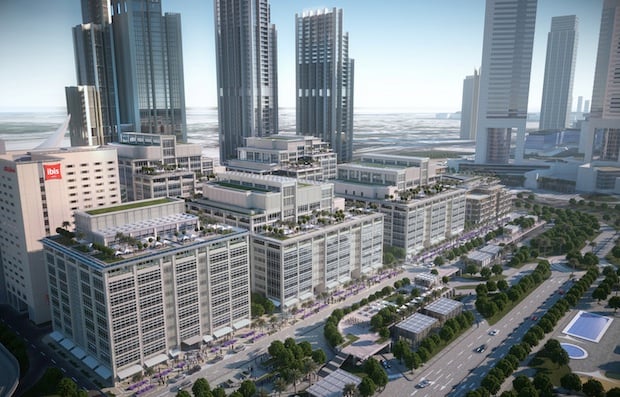 Dubai World Trade Centre has awarded a Dhs725m contract for the third phase of its mega One Central development, it announced on Wednesday.

Al Futtaim Carillion (AFC) has won the contract to deliver phase 1A6 of the project, a statement said.

Phase 1A6 includes a built up area of 182,500 square metres and comprises two Grade A office buildings of 12 and eight storeys, which will be LEED certified.

The technology solutions and infrastructure being planned for the buildings are in line with Dubai’s smart city strategic agenda, the statement added.

The contract will begin in January 2017 and is scheduled for full completion by the end of 2018.

AFC also won the contracts for the first two phases of the One Central development, taking its total awards for the project to Dhs1.8bn.

It has already completed the first phase of the One Central development and is currently delivering the contact for phase two, which was awarded in October 2015.

“Through One Central’s free zone status under Dubai World Trade Centre Authority, we are uniquely positioned to propose a professionally-managed destination that is conducive to business. One Central serves as a strong incentive for blue-chip multinationals to headquarter their regional bases in Dubai.”

Located between the current Dubai International Convention and Exhibition Centre and Emirates Towers, the Dhs8bn One Central project is a multi-use development spread across 540,000sqm.

It will feature office buildings, three- to five-star hotels with 2,000 rooms, residential towers with over 1,300 apartments, commercial establishments and a multi-purpose theatre with a capacity for 2,500 people.

The Ibis One Central hotel – the largest ibis hotel in the GCC region, also opened in 2016.