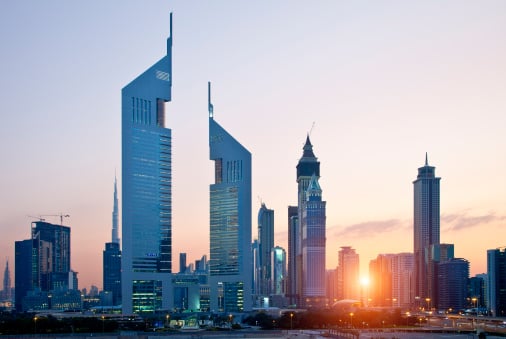 Dubai expects to offer at least one flagship asset to the public as early as next year to stimulate investment and shore up its role as a global trade hub, a senior government official told Reuters.

Mohammed al-Shaibani, chief executive of the Investment Corporation of Dubai (ICD), told Reuters that Dubai had a plan to deal with debts maturing in coming years and would not see a repeat of the 2009 debt crisis. He declined to provide specifics.

“2014-2015 should be a fantastic time for IPOs. I can see potential for an IPO of one or two big government-owned entities,” said Shaibani, who also heads the Ruler’s Court of Sheikh Mohammed bin Rashid al-Maktoum.

“Personally, I’d like to see one of our big companies offered to the public now, but the market is not ready yet.”

Shaibani, a member of the three-man Supreme Fiscal Committee tasked with steering Dubai out of the crisis, said however that there would be no fire sale of assets to meet upcoming debt obligations. These include those under conglomerate Dubai World’s $25 billion restructuring deal.

Shaibani, speaking in his office in the Dubai International Financial Center, declined to name the likely IPO candidates.

“It’s not hard to guess. The names are already out there,” he said, adding he also expected family-owned firms to list.

A listing by a big Dubai name would give a jolt to a moribund IPO market. The last listing on the Dubai Financial Market index was in March 2009 while the Abu Dhabi bourse has seen only a couple of minor sales since 2008.

Last year, Al Habtoor Group, one of Dubai’s biggest family-owned firms, postponed plans to raise as much as $1.6 billion.

Dubai has regained its footing since its shock 2009 request for a standstill agreement to restructure Dubai World’s massive debt. It required a $10-billion lifeline from Abu Dhabi to avoid an embarrassing debt default. A pick-up in its logistics and tourism sectors and its safe-haven status have helped.

A $1.25 billion two-tranche issue by Dubai this year included a $750 million Islamic bond that was heavily oversubscribed, underlining the emirate’s recovery.
And while Dubai faces nearly $50 billion of debt maturing between 2014 and 2016, it is better equipped to handle redemptions than it was in 2009, Standard Chartered said in a report in November.

“There’s a plan in place and we’re looking at different options. We’re always in talks with banks,” Shaibani said. “Definitely we will not see another 2009 happening.”

The emirate will face the first repayment in the Dubai World restructuring deal in 2015 and needs to raise $4.4 billion to meet obligations.

ICD, which controls assets worth about Dhs108 billion ($29.4 billion), will not unload any of its assets hastily, Shaibani said.

“We won’t see any fire sale of assets and we don’t need to do so. Asset values are recovering and banks have taken no risk,” he said.

The technocrat, who began his career with Dubai Ports Authority before stints in Singapore and London, took the helm of the Ruler’s Court in 2008. His authority and influence rose in the wake of the credit crisis as he set about cleaning up Dubai’s books and embarked on a bid to stamp out corruption.

But Shaibani said the emirate now had the maturity to achieve its goals sustainably. “We are much more sophisticated today than four years ago.”