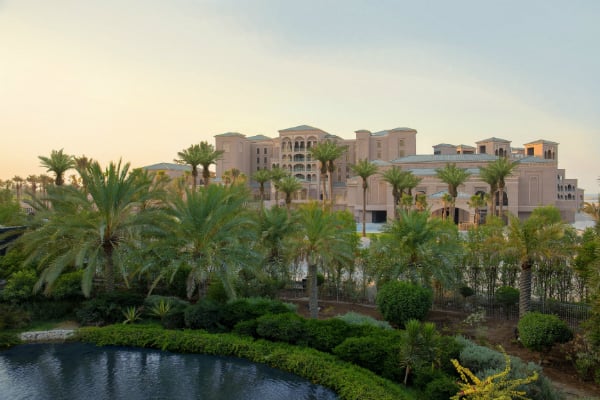 Dubai Holding-owned hotel group Jumeirah has announced plans to operate its first property in Bahrain through an agreement with investment conglomerate Seven Holdings.

Jumeirah Royal Saray – Bahrain is scheduled to open on February 27 next year.

It will feature 167 guest rooms including two royal suites, dining and recreation facilities and a health club and spa in a beachfront location.

“We have been looking to bring Jumeirah to Bahrain for a number of years and we are delighted to partner with Sevens Holding for Jumeirah Royal Saray – Bahrain,” said Dubai Holding CEO Edris AlRafi.

“This signing is a significant landmark in achieving our strategic expansion goals worldwide, and this elegant hotel will be an excellent addition to the Jumeirah Group portfolio.”

Jumeirah Group operates 20 hotels, including the iconic Burj Al Arab in Dubai, and manages more than 6,000 hotel rooms and suites.

The company announced expansion elsewhere in the GCC in July through the five-star Jabal Omar Jumeirah Makkah Hotel.

In a separate release the company also said its Jumeirah Beach Hotel property, located opposite the Burj Al Arab, would undergo a major refurbishment from mid-May to October next year.