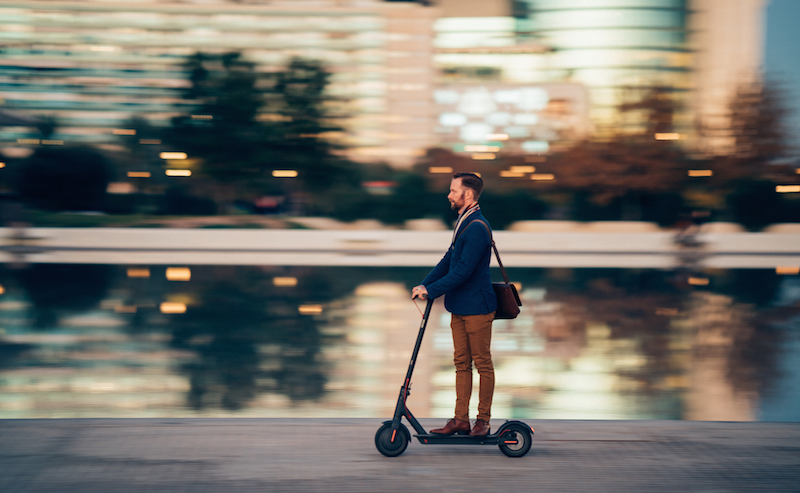 The RTA issued a circular last month stating the scooters were banned until further notice.

The authority said it is “currently considering the technical and legislative requirements to allow the operation of electric scooters in addition to the conditions and commitment of scooter drivers”.

Companies offering electric scooters for rent in the emirate have confirmed that they are now off the streets.

US-based Qwikly, which launched in Dubai at the end of 2018, confirmed it has pulled its fleet of scooters, which are available to hire around the Downtown area.

In a message on Twitter on February 18, the company said” “We have actually withdrawn our fleet from Dubai operations for the time being.”

It added: “Hopefully, we will be back in a few months. We are waiting for regulation.”

KIWIride, another scooter service that launched with a fleet of more than 600 scooters across Dubai, also confirmed on Facebook last week that it had stopped services pending regulatory approval.

“Due to Dubai Police request scooters which are in Jumeirah areas Umm Suqeim, Al Safa, Al Wasl, Umm Al Sheif, Al Manara and Bur Dubai will be blocked until advised, while other areas will be active/operational,” it said.

According to media reports, a third company, Skoot Mobility, has also delayed its planned launch in the emirate later this month.