Dubai among world's most expensive cities for expats - Gulf Business 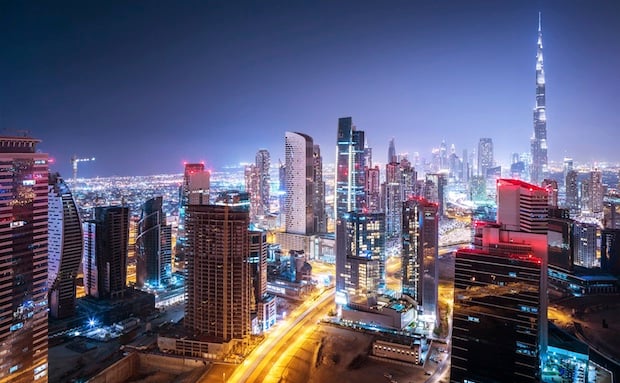 Dubai is among the most expensive cities globally in terms of cost of living for expat families and the price of a cup of coffee but performs more favourably for purchasing power and millenial products, according to a study by Swiss bank UBS.

The emirate stood behind only Geneva and Brussels in a 13-city cost of living list, which measured basic monthly expenses like food and clothing and ‘expat extras’ including accommodation, international school tuition, language lessons and household help for a family with children. 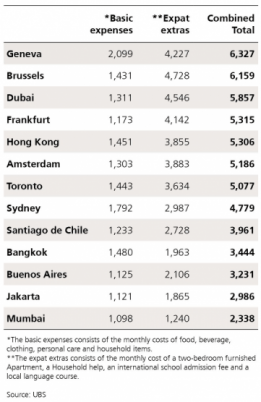 A wider list of 77 cities based solely on price levels placed Dubai in 36th, Manama in 39th, Doha in 49th and Riyadh in 60th, while Zurich, Geneva, Oslo, Copenhagen and New York made up the top five.

Regional cities performed more favourably in terms of purchasing power with Dubai in 14th having climbed from 27th in 2015, Doha in 19th from 37th in 2015 and Manama in eighth from 17th in 2015. Riyadh stood in 24th and Los Angeles, Zurich, Miami, Geneva and Luxembourg led the list. 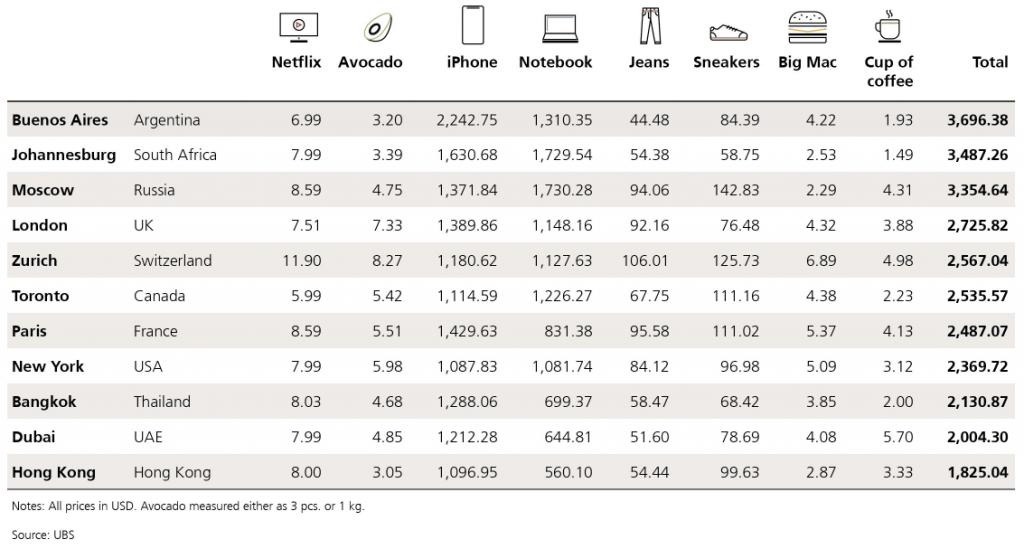 Another study recently released by Deutsche Bank ranked Dubai the most expensive place globally to buy a summer dress and pay for a monthly broadband subscription.

The bank’s survey found an internet connection of 8Mbps cost $85 in the city and a summer dress $63, compared to $7 and $28 in the cheapest locations Russia and Indonesia respectively

Deutsche Bank ranked Dubai in 14th for the cost of renting a mid-range two-bed apartment with an average price of $1,787 compared to $289 in the cheapest location on the 50-city ranking, Bangalore.