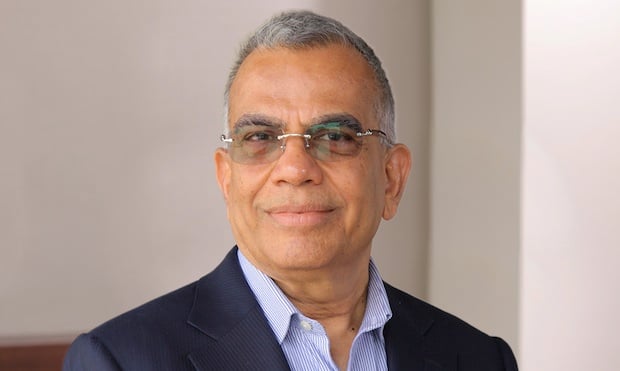 GCC and India real estate firm Sobha Group is planning a project in Oman and a potential push into a new sector outside of property as part of its wider expansion plans, according to the company’s chairman.

Speaking to Gulf Business, PNC Menon said the firm was putting plans on hold for a large-scale affordable housing project in Dubai, he first mentioned last year to focus on other areas.

These include a 1,000 sqm project in the sultanate, where Menon is a citizen after working on projects including Muscat’s Sultan Qaboos Grand Mosque.

“I’ll have some clarity yes or no by the end of October,” he said, declining to give more details. “It could be 70 per cent yes and 30 per cent no.”

The company has also signed a management agreement for a nine-square-kilometre development in Saudi Arabia and is planning to expand outside of its Middle East and India footprint in 2019.

Menon said this new geography could be east or west of Dubai but he mentioned London as one potential location for a development after the company had made more progress on its current project pipeline in the UAE.

Sobha Group, which has a unit listed on India’s Bombay Stock Exchange with a market capitalisation of roughly INR37.7bn ($587m), is currently working on two major projects in Dubai as part of the Mohammed Bin Rashid Al Maktoum City master plan.

The first, the $8.5bn District One in partnership with government-owned Meydan Group, includes more than 620 units in its first and second stages. The first handovers began in mid-2017.

The second, the $4bn Sobha Hartland, is 90 per cent sold out in its opening phase of apartments. The first of the villas and quad-homes of the 344 total units are scheduled for completion by December 2018.

The company is also pushing ahead with the 53 million sqft Firdous Sobha resort on a natural island on the coast of the UAE emirate of Umm Al Quwain.

Menon said he believed the Dubai real estate market was moving into a positive cycle after declines in sales price and rental rates seen in previous years.

“The media always says the market has not come back but for me the market is back in the first quarter of this year,” the Sobha chairman said.

But he also suggested the firm, which conducts all of its contracting and manufacturing in house, wanted to move into another less “cyclical” business than real estate.

“I’ve been all my life in a cyclical business. Now I’m feeling why not a little bit of a break. I need another business, which is not cyclical,” he said.

“We hopefully we should have some clarity by the first quarter of next year.”